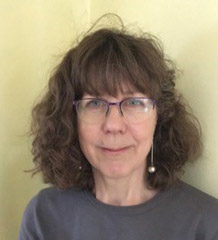 I completed my PhD at Exeter 'The Chorus in the Shadows, Exeter 1550-1610' in 2016 and my research interests remain in the sixteenth century history of Exeter.

I am the Exeter Research Assistant for the project PUblic REnaissance: Urban Cultures of Public Space between Early Modern Europe and the Present (PURE), funded by the HERA Joint Research Programme "Public Spaces: Culture and Integration in Europe": http://heranet.info/projects/public-spaces-culture-and-integration-in-europe/public-renaissance-urban-cultures-of-public-space-between-early-modern-europe-and-the-present-pure

The project is led by Professor Fabrizio Nevola, Professor of Art History and Visual Culture.  It covers the period c1450-1700 and involves European cities in the Netherlands (Deventer), Germany (Hamburg), Spain (Valencia), Italy (Trento) and England (Exeter). It focuses on revealing the nature of public space and everyday street life in these places.

Working withan interdisciplinary team of architectural, social and cultural historians and in collaboration with museum partners, PURE probes the continuities and ruptures that shape urban spaces of the past in relation to contemporary urban interaction. Primary archival research involving both documentary and material culture sources will be at the core of creating locative media based smartphone apps.  These will enable public engagement with the memories and meanings of public space in these European cities.

The first trails were released in November 2020 and can be downloaded from app stores - look for Hidden Exeter (Trento/Deventer/Hamburg/Valencia).  The Exeter trail is based on the real-life haberdasher Thomas Greenwood, some of whose life events were uncovered during prosopographical research on Exeter 1550-1610.  A second walk led by another real-life character, Joan Redwood a baker's widow, is currently being written.  The project website is now live at www.hiddencities.eu.

I am currently working on a paper on Aliens in Exeter 1550-1610 and am a member of Exeter University's HERB blog community.