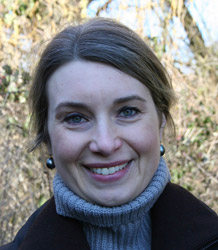 I received my PhD from Columbia University in New York and was the Speelman Fellow at Wolfson College, Cambridge, from 2009 to 2018. I joined Exeter as a lecturer in Art History and Visual Culture in 2019. I am a specialist in Netherlandish art of the early modern period (c. 1550-1700). My research interests include: early modern print culture, particularly political satire and international print markets; the 'Glorious Revolution' and reception of Netherlandish art; and issues related to material culture and the reception of works of art. My first book, The Birth of Modern Political Satire: Romeyn de Hooghe (1645-1708) and the Glorious Revolution, was published by Oxford University Press in September 2020. I am currently preparing a study of oil sketches by Anthony van Dyck for his famous print series known as The Iconography from the collection at Boughton House, Northamptonshire.

I am Director of Post Graduate Research for AHVC. I am also a member of the SWWDTP's moderation panel for Visual Arts and a Fellow of the HEA. 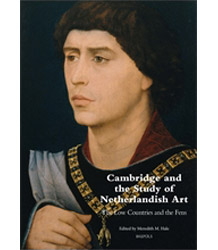 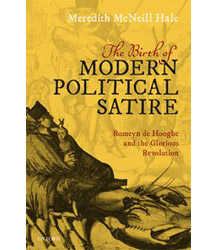 My current research focuses on early modern print culture in the Netherlands.

My first book, The Birth of Modern Political Satire: Romeyn de Hooghe and the Glorious Revolution (OUP, 2020), documents one of the most important moments in the history of printed political imagery, when the political print became what we would recognise as modern political satire. Contrary to conventional historical and art historical narratives, which place the emergence of political satire in the news-driven coffee-house culture of eighteenth-century London, I locate the birth of the genre in the late seventeenth-century Netherlands in the contentious political milieu surrounding William III’s invasion of England known as the Glorious Revolution. The satires produced between 1688 and 1690 by the Dutch printmaker Romeyn de Hooghe (1645–1708) on the events surrounding William III’s campaigns against James II and Louis XIV establish many of the qualities that define the genre to this day: the transgression of bodily boundaries; the interdependence of text and image; the centrality of dialogic text to the generation of meaning; serialized production; and the emergence of the satirist as a primary participant in political discourse. De Hooghe’s satires are seen as critical sites of cultural influence and negotiation which both reflected and helped to construct a new relationship between the government and the governed. His subjects are remarkably modern: the dangers of absolutist regimes; the fear of amalgamation in a larger union; the insecurity of trade; and the fear of foreign influence and cultural dilution.

My current book project focuses on a series of thirty-seven oil sketches by Anthony van Dyck (1599-1641), which have been in a single private collection since 1682 (now at Boughton House, Northamptonshire). These small grisailles were produced by Van Dyck and members of his studio in preparation for his print series, Icones principum virorum, portraits of the artist’s contemporaries in three different arenas: princes and military leaders; scholars and statesmen; and artists and connoisseurs. My study combines archival research and scientific analysis of the panels (dendrochronology) with a consideration of their function, their place in the contemporary art market, and the nature of early modern studio practice. Broader issues framing the study include: the nature of representation and classification, the politics of status in the early modern period, and the problem of medium specificity.

I was Principal Investigator for the AHRC Networking Grant, ‘The Power of Print: Dutch Propaganda for a new Russia’ (2013-2015), a collaboration with the University of Amsterdam and the State Hermitage Museum which examined Tsar Peter I's use of Dutch models and technology to establish a school of Russian etching in 1698.

See the AHRC website:
http://translatingcultures.org.uk/awards/research-networking-awards/the-power-of-print-dutch-propaganda-for-a-new-russia/
and a poster for the associated conference:
https://ahrc.ukri.org/documents/adverts-flyers-and-posters/global-networks-in-print-poster/

I would welcome research proposals on any subject related to my research interests and expertise, among them:

For coverage of my research in the popular press, see Mark Bridge, 'Why the Golden Age of political satire was actually Orange', The Times, 22 January 2021:

For a profile of my research on the University of Exeter website, see 'The Glorious Revolution inspired birth of modern satire long before coffee shop culture, according to new research', 22 January 2021:

For a profile of my research on the University of Cambridge website, see 'Unfolding the untold stories of an object d’art', 2 June 2014:

For my AHRC Networking Grant, 'The Power of Print: Dutch propaganda for a new Russia' (2013-15), see the AHRC website:

and a poster for the associated conference in Cambridge:

I earned a BA in Art History and Archaeology from Georgetown University in Washington D.C. I spent two years as a British Marshall Scholar at The Courtauld Institute, London, before studying for my PhD at Columbia University, New York. I received a number of grants for my graduate study, among them: the Beinecke Memorial Scholarship; the Samuel H. Kress Fellowship, Center for Advanced Study in the Visual Arts, National Gallery of Art, Washington, D.C.; the Andrew W. Mellon Fellowship, Metropolitan Museum of Art, New York; and the Swann Foundation Fellowship, Library of Congress, Washington, D.C. I worked as a Specialist in Old Master Paintings at Christie’s New York before being awarded the Speelman Fellowship at Wolfson College, Cambridge, a position I held from 2009-2018. I became a lecturer in Art History and Visual Culture at Exeter in 2019.