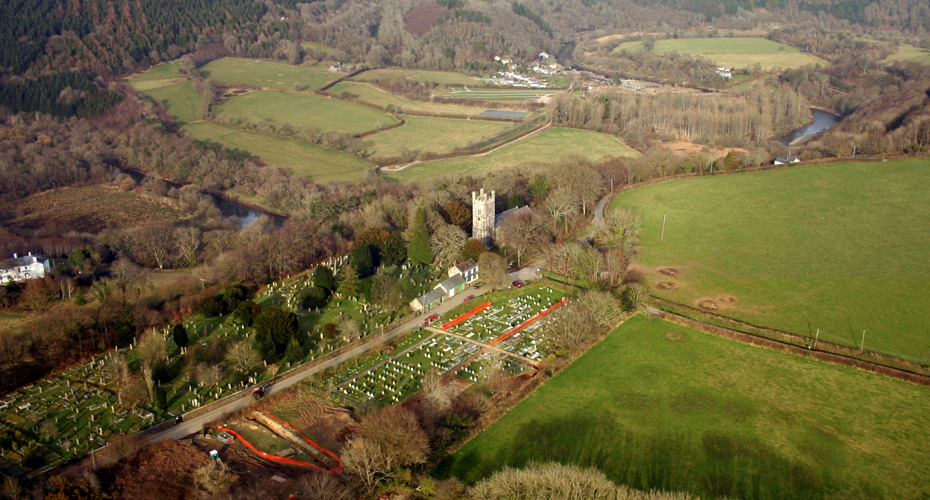 Empowering communities to preserve their heritage

This Heritage Lottery-funded project will use community-focussed field- and desk-based activity days to investigate the history and archaeology of two distinct areas of Devon and Cornwall, with a common theme being their Roman and medieval communities.

The adjacent parishes of Calstock (SE Cornwall) and Bere Ferrers (Devon) lie on opposite sides of the river Tamar and have a shared history due to their former common ownership by the Crown. They contain a rich diversity of heritage, spanning the prehistoric through to the post-medieval periods, with the significance of their industrial heritage reflected in their inclusion within the West Devon and Cornwall Mining Landscape World Heritage Site. This project will build upon research by the University of Exeter as part of its 'Mining in a Medieval Landscape' project that led to the unexpected discovery of a Roman fort at Calstock – only the third, and the largest, to be discovered in Cornwall. This fort lay on the site of a late prehistoric (Iron Age) settlement, and subsequently a medieval village and parish church were built within its ramparts (although the parish church now stands isolated, it was once the focus of a village that has now been deserted and become agricultural fields). There are, however, many important aspects of the area's heritage that have not been explored. Calstock’s exceptionally detailed documentary sources record that during the medieval period it was the centre of a royal silver mining industry, with Bere Alston (in the neighbouring parish of Bere Ferrers) being the first planned mining town in the country. In addition, documents record a series of medieval farms scattered across Bere Ferrers parish where other miners lived. The project will carry out work on the nearby National Trust property at Cotehele that includes the well-known medieval manorial complex but also a wide range of poorly-understood archaeological sites scattered across the agricultural estate.

The project’s second focus will be the parish of Ipplepen, between Newton Abbot and Totnes, in Devon. The main archaeological site to be explored at Ipplepen was discovered through metal detectorists reporting their discovery of over 100 Roman coins to the Portable Antiquities Scheme. Subsequent geophysical survey and excavations by the University of Exeter (supported by the British Museum and Devon County Council) revealed an Iron Age, Roman and early medieval settlement, Roman road, and a late Roman and early medieval cemetery. The site is unusual in terms of its material culture (e.g. coins, jewellery, pottery and vessel glass) and although its character is at present unclear it was evidently occupied by a community of relatively high status which engaged in trade with the Roman world to a greater extent than was normal for Devon. The HLF-funded ‘Understanding Landscapes’ project will enable us to expand upon this work, including carrying out some fieldwork within Ipplepen village itself.