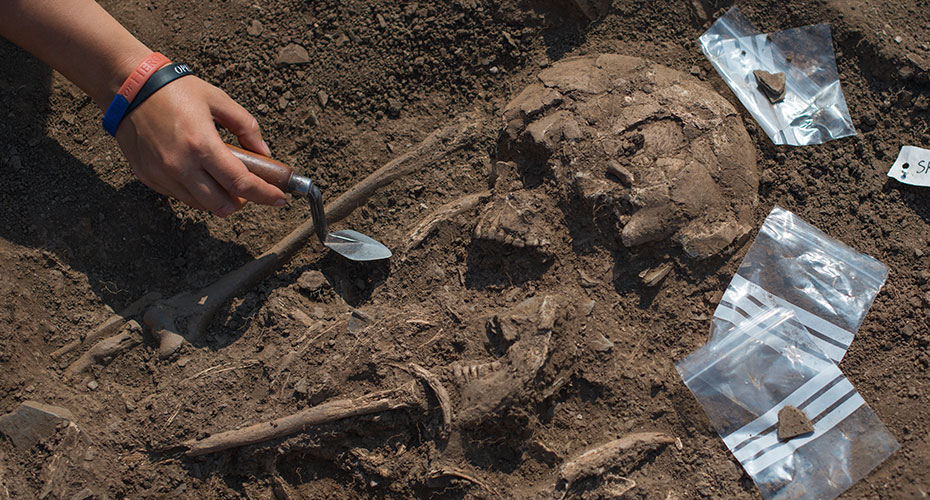 Find out who can take part and how to apply on the Field School page. 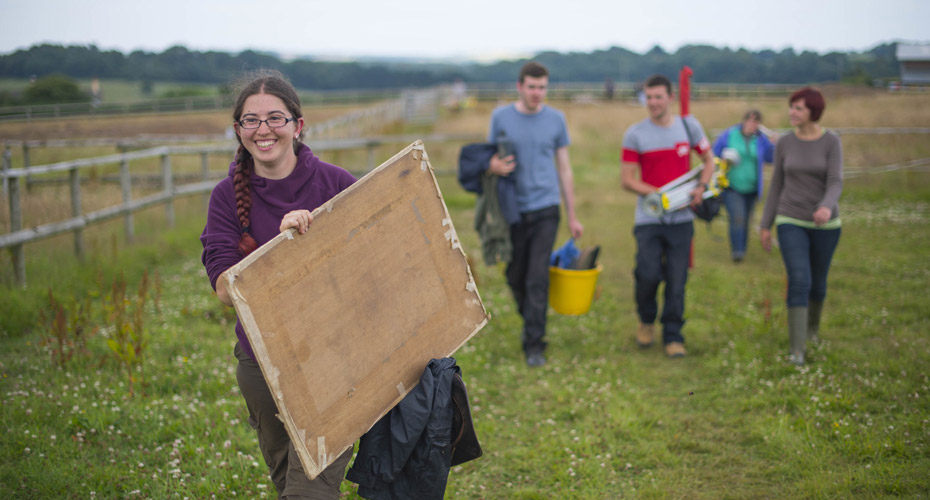 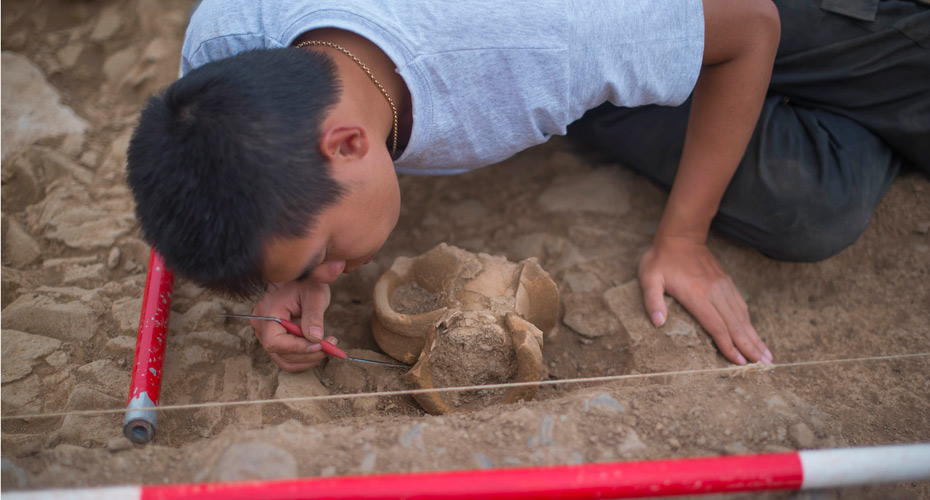 In 2010 the University of Exeter, the British Museum and Devon County Council started a survey and excavation that aimed to explore the nature of this Roman and early medieval British site. Ipplepen is remarkable in that both metal detecting and excavations have produced an unusually large amount of material, suggesting that the site may be more than just a typical rural community.

Ipplepen, near Newton Abbot in Devon, is a multi-period site whose use extended from late prehistory through to the early medieval period. It was discovered by metal detectorists (Dennis Hewings and Jim Wills) who reported their discoveries to the Portable Antiquities Scheme (run by the British Museum) who contacted the County Archaeologist. Since 2010 the University of Exeter, the PAS/British Museum, Devon County Council, and Cotswold Archaeology have embarked upon a programme of survey and excavation that aimed to explore the nature of the site. Following a geophysical survey, a series of excavations have investigated different elements of the site including Middle-Late Iron Age occupation, a Romano-British road, settlement, and field system, and early medieval occupation and cemetery.

Overall, the aims of the Ipplepen project are:

The Ipplepen Project receives financial support from the University of Exeter, the Heritage Lottery Fund, British Museum, Portable Antiquities Scheme, Devon County Council, Teignbridge District Council, Roman Research Trust, Association for Roman Archaeology, and the Robinson Trust. Additional support includes a bequest by the late Mick Aston who was an Honorary Visiting Professor at the University. A fundraising appeal has also been launched – please find more information about the Ipplepen Excavation Appeal on our donate page.

Places on the dig

The 2019 excavation at Ipplepen was the last, and the field stage of the project has now ended. The team are now in the process of preparing the findings for publication.

For seven years the project was the major training excavation for first year University of Exeter Students and, thanks to the support of the Heritage Lottery Fund, we also offered places for members of the local community as part of the Understanding Landscapes project.

Details of the Roman coin finds from Ipplepen are available on the Portable Antiquities Scheme website.

The Ipplepen Project is a collaboration between:

Unlike the rest of lowland Britain, the South West peninsula remained relatively un-Romanized: there are just a handful of villas, most of which lay close to the single town (Exeter), and where rural settlements have been excavated they typically produce relatively little in the way of material culture such as pottery and coins (Todd 198; 7 Rippon 2012; 2014). Ipplepen is remarkable in that both metal detecting and excavations have produced an unusually large amount of material, suggesting that the site may represent more than just a typical rural community.

In the early medieval period, the South West region once again had a very distinctive character within southern Britain (Higham 2007). It lay beyond the area of Anglo-Saxon colonisation and the landscape continued to be settled by native Britons. A distinctive feature of the archaeological record during this period is its inhumation cemeteries (Pearce 2004; e.g. Kenn, not that far from Ipplepen: Weddell 2000). Relatively few settlements of this period are known from Devon (but see Simpson et al. 1989; Mudd and Joyce 2014).

During the 5th to 7th centuries the landscape of Devon appears to have evolved gradually, although from the 8th century a change in the pattern of agriculture may have formed part of a wider restructuring of the landscape. Nevertheless, unlike neighbouring Dorset and Somerset, there was no widespread settlement nucleation of the creation of open fields: Rippon et al. 2006; 2013). Once again, communities in the South West appear to have retained their distinctive character, with patterns of animal husbandry and arable cultivation quite unlike those further to the east (Rippon et al. 2014).

If you are interested in finding out more about the archaeology and landscape of South West England, we have recommended some further reading below: