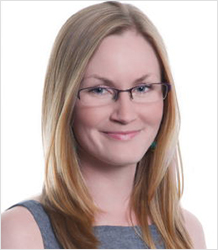 My research interests are in the history of medicine in modern South Asia, particularly the politics of health and development in post-independence India. My PhD research addressed the establishment of population control programmes in 1950s India, examining the role of the Indian state and of transnational organisations.

I have also been working on the history of the Indian Emergency of 1975-77, focusing particularly on the large number of sterilisations which were conducted during that period under the auspices of the national family planning programme. An article from that project, 'Storming the Citadels of Poverty: Family Planning under the Emergency in India, 1975-77', has been published in the Journal of Asian Studies, Vol. 73, Issue 2 (May 2014).

My main research interests are in the history of health and medicine, particularly issues relating to reproduction, the history of modern South Asia, and the history of development. My current main area of research is population control interventions in postcolonial India.

My PhD research, which was supported by an AHRC doctoral award, addressed the establishment of population control programmes in post-independence India. My thesis, ‘Revisiting the Khanna Study: Population and Development in India, 1953-60’, examined how and why India became a ‘laboratory’ for population control intervention in the post-war period, for transnational organisations and the Government of India alike.

During my PhD, I also began working on a project that examines how and why population control served as a crucial point of intervention during the Indian ‘Emergency’ of 1975-77, when millions were sterilised. An article from that project, entitled 'Storming the Citadels of Poverty: Family Planning under the Emergency in India, 1975-77', has recently been published in the Journal of Asian Studies, Vol. 73, Issue 2 (May 2014).

I received my BA in History from Cardiff University in 2006, before completing an MA in the History of Medicine at University College London in 2008. I then studied for my PhD at the University of Warwick, and received my doctorate in 2014. During my PhD, I held fellowships at the Institute of Historical Research in London, the John W. Kluge Center at the Library of Congress, and the Center for the History of Medicine at the Countway Library of Medicine, Boston. I then held an Early Career Fellowship at the Institute of Advanced Study, University of Warwick, during 2013-14. I joined the Department of History at Exeter as a Lecturer in Medical History in September 2014.