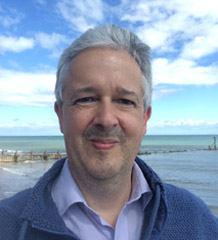 Professor in Classics and Ancient History

I've worked in Exeter since 2016, and research and teach in three different areas of ancient history:

(i) ancient economic and social history, including trade, urbanisation, slavery, agriculture and demography, with a particular focus on Roman Italy and the city of Rome;

(ii) the reception and influence of ancient texts and examples in the modern world, especially in the social sciences, with a particular focus on the influence of the Greek historian Thucydides in historiography and political theory;

I am currently writing a book on What Thucydides Knew for Princeton University Press, about how Thucydides has been read as a guide to modern politics and how he could help us understand them if we read him better. In the longer term I am developing a long-delayed project on Marx and Antiquity and writing a book on Class: antiquity and its legacy, thinking about decadence as a form of political thinking, and co-editing books on Capital in Classical Antiquity and The Futures of Greek and Roman History.

I have three main research areas - though in practice they overlap and influence one another, as well as leading in new directions.

(i) Ancient economic and social history, including trade, urbanisation, slavery, agriculture and demography, with a particular focus on Roman Italy and the city of Rome. I have published monographs on the impact of the city of Rome on the Italian economy and on approaches to trade in classical antiquity, as well as articles and chapters on a wide range of economic topics. I am currently working on a series of article-length pieces on Roman economic thought and the Roman agronomists, seeking to develop a proper understanding of the concepts and values that shaped Roman thinking about economic matters. In the longer term, I have an interest in exploring the relationship between economy and ecology - the role of the environment in shaping economic structures - in the ancient Mediterranean. I am currently co-editing with Max Koedijk from Berlin a volume on Capital in Classical Antiquity, based on a conference we co-organised a couple of years ago.

(ii) The reception and influence of ancient texts and examples in the modern world, especially in the social sciences, with a particular focus on the influence of the Greek historian Thucydides in historiography and political theory. I have written on the development of different conceptions of 'modernity' and the contrast with 'antiquity' in the nineteenth century, as well as chapters on important figures like Marx and Nietzsche, and am currently working on a monograph on Marx and Antiquity. I ran a four-year research project, funded by the AHRC, on Thucydides: reception, reinterpretation and influence, which considered the modern reception of the ancient Greek historian in different fields, especially historiography; I am currently writing a book on his influence in modern political thought, What Thucydides Knew. I am in the early stages of developing a new project on 'The Politics of Decadence', with the aim of taking it seriously as a political and rhetorical concept.

(iii) Theoretical and methodological approaches to ancient history, especially social-scientific approaches. I have written about the rhetorical structures of economic history, quantitative methods, translation, and conceptions of time and change; further, my work on Thucydides is directly concerned with the dynamics of the relationship between history and social science. I am co-editing, with Lakshmi Ramgopal of Columbia University, a volume on The Futures of Greek and Roman History that will explore the different ways in which the discipline is changing and needs to change in the 21st century, and am working on books on Class: antiquity and its legacy and on Marx and Antiquity.

I have a long-standing collaboration with Prof. Christian Wendt (formerly Freie Universitaet Berlin, now at Ruhr-Universitaet Bochum), which included a period as Einstein Visiting Fellow at the FU (2015-18) when we worked together on a project entitled 'Kinesis: Bewegung als Prinzip' on ideas of change and transformation in classical Greece.

I am working with Lakshmi Ramgopal of Columbia University on a project to explore The Futures of Greek and Roman History.

I am happy to discuss research proposals related to any of my interests: ancient economic and social history, Thucydides and his reception, ancient and modern political thought, the modern influence of ancient ideas, and historiography and historical theory. Topics studied by students I have supervised in the past include the city in late antique Gaul and Britain, money and the economy in the Roman empire, Thucydides in seventeenth-century political thought, the reception of Thucydides in modern military education, Michel de Montaigne's reading of Sparta, ancient and modern ideas of plague, and Roman elite property management.

Together with my colleague Lynette Mitchell, and in collaboration with community interest company The Politics Project, we have developed a project to make use of activites built around the ideas of the ancient Greek historian Thucydides as a means of developing political literacy and engagement in schools.

I am currently leading a project, funded by the AHRC (AH/T004142/1), to explore the dramatic potential of Thucydides' Melian Dialogue and how this can help us better understand the dynamics of power, justice and negotiation; this involves working with two theatre groups, Arch 468 and Fast Familiar, to develop and stage multiple versions of the Dialogue, and then to turn it into an interactive experience. Further details of the first phase here; the second phase, recreating the Dialogue as an immersive event to explore decision-making under conditions of uncertainty, is being premiered at the COP26 Climate Conference in Glasgow this autumn.

I blog regularly about my research, about the reception of Thucydides and his potential relevance to contemporary issues, and about anything else that catches my interest, at http://thesphinxblog.com, and on Twitter @NevilleMorley. I also seek to correct misquotations and misappropriations of Thucydides on Twitter, via the Thucydides Bot (@Thucydiocy).

Member of Editorial Board, Journal of Roman Studies

Member of Academic Board, Historische Zeitschrift

Contributor to Poor Us: an animated history of poverty, broadcast internationally November 2012 (http://www.youtube.com/watch?v=TxbmjDngois).

Teaching has always been absolutely central to my career; if I had to choose between teaching and research, it would be teaching every time - but in practice they support and reinforce one another, as I teach a wide range of subjects related to my research interests and often find that teaching a subject then informs my research in that area, and offers a chance to try out ideas. I have always taught both Greek and Roman history and historiography, as well as historical theory and methodology, and different topics in classical reception; in recent years I’ve found myself teaching more Greek than Roman, and more cultural/historiographical themes than economic and social - but that can easily change, depending on what needs to be taught. I also have a long-standing interest in experimenting with new forms of teaching, new technology and new approaches to assessment - I’ll try anything that looks as if it might improve students’ engagement with and understanding of the subject. I was an early member of the Institute for Higher Education (the precursor of the Higher Education Academy), and published various working papers on new approaches to assessment, which have probably now disappeared from the internet. Most recently I've been reflecting on teaching under pandemic conditions, including the lessons I've learnt from being a student again; see https://cucdeducation.wordpress.com/2021/04/27/on-the-other-side-of-the-screen/, a piece I wrote for the CUCD HE blog.

I studied History and then Classics at Emmanuel College, Cambridge, continuing on to a PhD, under the supervision of Peter Garnsey, on the city of Rome and its influence on the economy of Italy. I worked as a temporary lecturer in Classics at the University of Wales Lampeter (as it then was) in 1994-5 before moving to a lectureship in Bristol, where I spent more than twenty years, working my way up to a personal chair, and also serving for eight years as Undergraduate Dean and Faculty Education Director. I moved to Exeter in 2016 in search of new challenges and exciting new colleagues - while being very happy to remain in the West Country, where in my spare time I grow vegetables, brew, make sausages and salami, and play jazz guitar and bass rather badly.