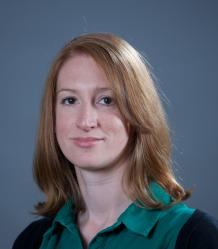 My research interests lie in Roman social and economic history, particularly urban economies, the experience of living in the ancient city, and Roman demography.  I am especially interested in Rome itself, and have published work on the city's retail trade, demography, and street life, as well as editing A Companion to the City of Rome with Amanda Claridge (wiley-Blackwell, 2018). I am currently working on a Leverhulme-funded project entitled Mapping Migration in Roman Iberia, which explores and maps population movement within the Iberian Peninsula on the basis of the rich epigraphic data from the region. I am also working on a new monograph project, Earning a Living: the Organisation of Labour in Ancient Rome, exploring the ways in which the inhabitants of Rome earned their livelihoods, and the structure and organisation of the labour market in the city. I am one of the series editors for Palgrave Studies in Ancient Economies and am on the editorial board of The Journal of Applied History.

I would be delighted to supervise postgraduate research students interested in different aspects of Roman social and economic history, including (but not restricted to) the retail trade, demography, social structure, ancient economies, urbanism, work and labour in the Roman world, and the city of Rome.

My research interests are in the area of Roman social and economic history, with a particular focus on the structure and organisation of urban economies and the experience of living in Roman cities. I am especially interested in the history and development of the city of Rome itself. My first book, Shopping in Ancient Rome: the Retail Trade in the Late Republic and the Principate (Oxford University Press, 2012), was a study of the Roman retail trade.  Drawing upon a broad range of literary, legal, and epigraphic evidence, together with archaeological data, material culture, and comparative material, it explored the diverse means by which goods were distributed in Rome.  These ranged from fixed shops and workshops based in tabernae, to permanent and periodic markets, fairs, auction sales, street sellers, and ambulant vendors.  A series of papers linked to this project include studies of street life and street trade, food hawkers, women and retail, the archaeological identification of commercial space, and an entry on ancient shops and shopping in the new digital edition of the Oxford Classical Dictionary. I have also published an edited collection on demography with Dr April Pudsey, Demography and the Graeco-Roman World (Cambridge University Press, 2011), A Companion to the City of Rome with Professor Amanda Claridge (Wiley-Blackwell, 2018) and The Routledge Hanbdook of Diet and Nutrition in the Roman World with Professor Paul Erdkamp (Routledge, 2018).

I am currently working on two main research projects, a Leverhulme-funded project, Mapping Migration in Roman Iberia, and a new monograph, Earning a Living: the Organisation of Labour in Ancient Rome.

Despite current political debates about population movement to and within Europe, historians typically now regard migration as a normal and structural element of human societies.  This project, for which I currently hold a Leverhulme Research Fellowship (2016-17), considers whether the new paradigm holds for the Roman world, using Iberia as a case study. It draws on the rich body of epigraphic data testifying to population movement in the region, which is digitally catalogued on the Hispania Epigraphica website.  These inscriptions will be mapped for the first time and linked to a searchable database, which will be made available online, enabling a fuller exploration of the dynamics of Roman regional population movement.  This project arose in part out of a paper on labour mobility to mining regions in Spain, which was published in early 2016 in Migration and Mobility in the Early Roman Empire, edited by DeLigt and Tacoma (Brill).

Earning a Living: the Organisation of Labour in Ancient Rome

This new monograph project focuses on work in the Roman world, exploring the ways in which the inhabitants of Rome in particular earned their livelihoods.  It will consider the structure and organisation of the labour market within the wider context of the demographic, social, and institutional infrastructure of the city, considering issues such as the impact of migration and slavery on the economic opportunities available to the freeborn, access to training, apprenticeships, and capital, and the potential roles of clientilism and collegia. Other publications linked to this project include a preliminary study of the ways in which the inhabitants of Rome might have found work, published in Work, Labour, and Professions in the Roman World, edited by Verboven, Laes, and van Nuffelen (Brill, 2016), and a discussion of the problem of information asymmetry in the labour market, in Managing Asymmetric Information in the Roman Economy, edited by Garcia-Morcillo and Rosillo-Lopez (Palgrave-MacMillan, 2021).

I am one of the editors of a new series, Palgrave Studies in Ancient Economies, which provides a unique dedicated forum for ancient economic historians to publish studies that make use of current theories, models, concepts, and approaches drawn from the social sciences and the discipline of economics, as well as studies that use an explicitly comparative methodology. The series not only focuses on the ancient Mediterranean world, but also includes studies of ancient China, India, and the Americas pre-1500. This encourages scholars working in different regions and cultures to explore connections and comparisons between economic systems and processes, opening up dialogue and encouraging new approaches to ancient economies.

I am committed to the wider dissemination of my research and regularly give talks in schools and to local branches of the Classical Association. I published an article on Roman shopping in BBC History magazine (https://www.historyextra.com/period/roman/a-handbook-to-shopping-in-ancient-rome/), together with an accompanying podcast, and have written blog posts for Oxford University Press (https://blog.oup.com/2016/11/brand-loyalty-ancient-rome/) and Cambridge University Press (https://www.cambridge.org/core/blog/2017/04/27/shopping-in-rome-from-ancient-to-modern/). I presented a series of videos for the Cambridge School Classics Project (https://www.romansinfocus.com/), and appeared on the Irish radio programme, Talking History, discussing the city of Rome (https://www.newstalk.com/podcasts/highlights-from-talking-history/ancient-rome-history-city).

Elected Member of the Council of the Roman Society (2010-13)

Originally from Lancashire, I studied for my BA, MA, and PhD at the University of Manchester (1997-2005), before taking up a fixed-term lectureship at King’s College London (2005-2008).  Following a Rome Award at the British School of Rome, I returned to the North West where I held a Leverhulme Postdoctoral Fellowship at the University of Liverpool (2009-2012), interspersed with a Tytus summer residency at the University of Cincinnati and a research scholarship at the Fondation Hardt in Geneva, before coming to Exeter in 2012.