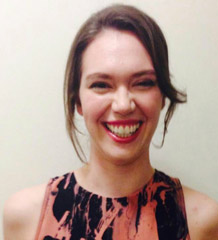 I specialize in contemporary Latin American culture, with a particular focus on Venezuela. My main research interests are the circulation of people (travel, migration and exile) and of texts (publishing, cultural policy and translation), especially how the two relate to each other and to questions of identity.

My PhD, completed at King's College London in 2016, focused on the cultural policy of the 'Bolivarian' government in Venezuela and discussions about why and how to write in fiction from the period. This forms the basis of my first monograph, Writing and the Revolution: Venezuelan Metafiction (2004-2012), published by Liverpool University Press (2019), as well as an article in the Bulletin of Latin American Research. I have also written and taught about contemporary crime fiction and Hispanic fiction in translation.

I am passionate about making Latin American literature accesible not only in the classroom but also to the wider public through translation. I co-edited Crude Words: Contemporary Writing from Venezuela (Ragpicker Press, 2016) and regularly share translations online, particularly through Latin American Literature Today: http://www.latinamericanliteraturetoday.org/en

I am very active in the Hispanic Studies community, acting as Treasurer for the Association of Hispanists and regularly attending conferences. Since 2014, I have co-organised the Migrating Texts series of workshops on subtitling, translation and adaptation: https://migratingtexts.wordpress.com/

I joined the University of Exeter in 2018. I teach Latin American cultural studies and translation, and co-direct the Exeter Centre for Latin American Studies.

I specialise in contemporary Latin American culture, especially from Venezuela. My main research interests are the circulation of people (travel, migration and exile) and of texts (publishing, cultural policy and translation).

Culture in the Bolivarian Revolution

The major focus of my research so far has been cultural production by Venezuelans, in the context of the Bolivarian Revolution. In April 2016, I successfully defended a thesis on contemporary Venezuelan literature at King’s College London, under the supervision of Professor Catherine Boyle. This was the first in-depth analysis of contemporary Venezuelan fiction in the context of nationalist and socialist cultural policy and global literary markets. This research, which forms the basis of my monograph, Writing and the Revolution: Venezuela Metafiction 2004-2012 (Liverpool University Press, 2019), problematizes theories of ‘global’ or ‘post-national’ Latin American literature, which have been derived from analysis of only a handful of countries. My analysis of contemporary Venezuelan literature reveals the enduring importance of the national, especially under a government characterised by strident nationalism, while also demonstrating the legacy of the Boom and other factors, including movements of people, on the international visibility of literature from Latin America. I show that, in this context, self-reflexive narratives afford their writers a form of political agency.

This work led me to research discussions of migration and exile in cultural production by the Venezuelan diaspora. Analysis of Venezuela challenges our definitions of exile, as many people who identify as exiles left for political reasons but can and do return to the country. Venezuela also provides an illuminating case study of a country where, for most of its history, immigration rather than emigration has been the norm. I am currently writing about these issues in literature, theatre and online media.

Through my work on Venezuela, I have developed a fascination with the inequalities hidden within the term Latin American literature. To take translation as an example, more than half of all Latin American fiction translated into English is from Mexico and Argentina, with Chile not far behind. By contrast, literature from Ecuador, Bolivia or Paraguay is almost entirely absent in translation. My next research project therefore aims to understand and combat inequalities in the Latin American literary market.

I am Co-Director of the Exeter Centre for Latin American Studies, which brings together colleagues across Modern Languages, History, Archaeology, English, Films and Politics: http://humanities.exeter.ac.uk/modernlanguages/research/centres/excelas/

In 2019, I am PI of a project called 'Pensamiento y libertad' (Throught and Freedom), working with researchers from the Centro de Investigaciones Populares and the Escuela de Teatro Musical de Petare, both based in Caracas, Venezuela, to investigate the use of arts education to support critical thinking among young people. The project is part of 'Changing the Story', funded by the AHRC through the Global Challenges Research Fund: https://changingthestory.leeds.ac.uk/pensamiento_venezuela/

Since 2014, I have been co-organiser of ‘Migrating Texts’ with Dr Carla Mereu Keating and Dr Kit Yee Wong. Migrating Texts is a series of workshops bringing together academics and cultural and creative industry professionals to discuss subtitling, translation and intermedial adaption. We have hosted one two-day conference, three one-day conferences with special focuses on intercultural understanding, multilingualism, and innovation and technology (including practical training sessions on theatre translation and multilingual digital story-telling), an adaptation for radio workshop with a BBC producer and a subtitling workshop: https://migratingtexts.wordpress.com/

I am a member of the Out of the Wings theatre translation collective based at King's College London: https://ootwfestival.com/

I am currently working on a collaborative publication on translation and advocacy with colleauges from King's College London, Goldsmiths and the University of East Anglia.

I am open to discussing research proposals on any relevant subject given my research expertise. I am especially happy to consider working with candidates with interests in the following areas:

I am one of the judges for the Valle Inclán prize for translation from Spanish to English, hosted by the Society of Authors.

In August 2017, I participated in a round-table at a public screening of Venezuelan film La soledad at Genesis Cinema in London.

I write for public-facing magazines such as The Conversation and In Other Words.

I am very commited to engaging school children in the study of modern languages and regularly give taster sessions for schools.

I am a regular peer reviewer for the Bulletin of Latin American Research, and other journals.

I am a Fellow of the Higher Education Academy, and have completed a Postgraduate Certificate in Academic Practice, with a specialisation in Diversity and Equality.

I studied BA Modern Languages and European Studies (French and Spanish) at the University of Bath from 2007 to 2011, graduating with First Class honours. This degree cemented in me the interdisciplinary and international approach I have carried into my teaching. During my degree, I spent a year studying politics, psychology and sociology at Sciences Po in Paris. I completed my MA in European Studies at Cardiff University (2011-2012) and then a PhD in Spanish American Studies at King's College London, under the supervision of Professor Catherine Boyle, with a thesis on literary production in Venezuela (2012-2016).

I taught Spanish and Latin American literature throughout my PhD at KCL, then spent two years as a Teaching Fellow in Hispanic Studies at the University of Bristol, before joining the University of Exeter in 2018.