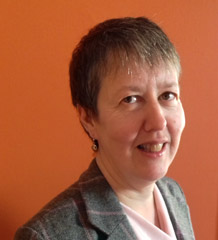 The main focus of my research is twentieth-century Russian poetry. I am particularly interested in exploring the complexities faced by writers during the Soviet period, and how attitudes towards the cultural legacy of the USSR have evolved since 1991. Recent publications include a chapter on poetry, canon and identity in contemporary Russia, and a chapter on Boris Slutskii's translations of poetry by Bertolt Brecht; chapters on Russian poetry of the First World War, and the role played by poetry anthologies in creating a diasporic canon, will appear in 2021. I was Principal Investigator on an AHRC-funded project which has led to two major publications: a  2020 book written with my colleague at Edinburgh Dr Alexandra Smith on poetic canons, cultural memory, and Russian national identity, and an edited volume,Twentieth-Century Russian Poetry: Reinventing the Canon (2017).

I offer undergraduate modules in Russian studies with a focus on literary topics such as the representation of animals in Russian writing, St Petersburg in 19th-century literature, and Pushkin's novel in verse, Evgenii Onegin. I teach Russian language at all levels, and contribute to teaching for the MA in Translation.

Although most of my work so far has been on Russian poetry of the Soviet period, especially the Stalin era, I have also explored the ways in which the twentieth-century poetry canon has been changing in contemporary Russia, particularly in connection with attempts to define and express post-Soviet Russian national identity. I plan to investigate the topic of cultural transmission between generations of poets, and the role played in this process by informal groups, as part of a longstanding concern with reassessing the perception of Russian twentieth century poetry as a tradition fractured by revolution and the state's attempts to control culture.

A collection of essays on the evolving canon, Twentieth-Century Russian Poetry: Reinventing the Canon, appeared in 2017, and a book written together with Alexandra Smith on the changing canon and Russian national identity, was published in 2020. These were developed through a collaborative project funded by the AHRC, 'Reconfiguring the Canon of Twentieth-Century Russian Poetry, 1991-2008', which I led between 2010 and 2013.

My second book focused on a poet best known for her poetry on the wartime Siege of Leningrad, and therefore widely thought of as an ‘official' Soviet poet. In the first extended English-language study of the poet I explore Berggol′ts's artistic response to the complexities of her situation, which puts in question the categories of ‘official' and ‘dissident' writer often used in discussions of Soviet-era literature. More recent publications on Berggol'ts include a chapter on Berggol'ts's speech at the 1954 Congress of the Soviet Writers' Union, a landmark in Thaw-era culture, and a chapter on perceptions of time and space in her writing on the Siege, which appeared in a volume about Siege narratives.

The work on Berggol'ts grew from my doctoral dissertation, which focussed on the poetry that was written in Russian in the USSR during the war years 1941-45, and on the ways it both adhered to and challenged the norms of socialist realism. A chapter on Russian poetry of World War One will appear in a Cambridge University Press volume of essays about the poetry that emerged from the 1914-18 conflict.

I have researched the translation and reception of poetry by Rudyard Kipling in pre-war Soviet Russia, and by Heinrich Heine in the mid-nineteenth century, and have explored later translations of Heine by Iurii Tynianov. My most recent piece of research in this area examines Soviet poet Boris Slutskii's translations into Russian of poetry and songs by Bertolt Brecht.

In June 2019 I organised a panel for a conference on anthologies at Queen Mary, University of London, where the panelists, Dr Alexandra Smith, University of Edinburgh, and Dr Alexei Vdovin, Higher School of Economics, Moscow, talked about two hundred years of Russian anthologies. Other international collaborations in which I have taken part include a workshop on Russian culture in the age of globalisation at the University of Leeds, and a conference on narratives of the Leningrad Siege, at Ludwig Maximilians University, Munich. I contributed to edited volumes arising from these two events, and to a volume on the 1954 Second Congress of Soviet writers, edited by Dr Valerii Viugin of the Russian Academy of Sciences Institute of Russian Literature.

During the 2020-2021 academic year I will be spending some time at the University of Trier as a Fellow on a major project led by Professor Henrieke Stahl and funded by the Deutsche Forschungsgesellschaft.

The AHRC-funded project 'Reconfiguring the Canon of Twentieth-Century Russian Poetry, 1991-2008' enabled me to collaborate with a number of colleagues. Dr Alexandra Smith of the University of Edinburgh was Co-investigator on the project; together we are completng a book on the Russian poetry canon and national identity. Dr Joanne Shelton was the project Associate Research Fellow, based at Exeter, who, among other things, developed the project database and undertook research trips to Moscow and St Petersburg. Dr Smith, Dr Shelton and I edited a collection of essays developed by a team of scholars in a series of workshops supported by the project, including colleagues in the UK, the USA, and Russia. A book on the changing canon and Russian national identity, which I have collaborated on with Dr Smith, was published in 2020.

I welcome research proposals in any area related to my research specialism, and would be particularly interested in proposed projects in the field of twentieth-century Russian poetry, Russian literary canon formation, the culture of the Soviet period, Russian literature/culture and war.

Natalia Karakulina, Ph.D, 2016, 'The position in the post-Soviet canon of the poet Vladimir Maiakovskii' (AHRC funded as part of the project 'Reconfiguring the Canon of Twentieth-Century Russian Poetry, 1991-2008); first supervisor.

Rebecca Knight, Ph.D, 2013,  'A comparative study of representations of childhood in the USSR and GDR portrayed in Russian and German fiction and autobiography published since 1990/1', (Exeter University Studentship); first supervisor.

Developing students' interest in the culture, history, and language of Russia is at the centre of my approach to teaching. Teaching the language not only gives me the opportunity to help students prepare for their encounters with contemporary Russia, but to prepare them to encounter Russian literary texts, where the language is pushed to its limits, and which reflect and shape the preoccuptions of the Russian mental universe.

Research has informed, and continues to inform my teaching of Russian studies modules. A first-year historical module on the development of Russian national identity and the role of imperial expansion in creating such an identity grew out of current research on ways in which post-Soviet concerns over Russian identity have been expressed in approaches to twentieth-century poetry, especially poetry which can be identified as playing a significant role in supporting national identity. Other modules I teach focus on literary subjects, e.g. Pushkin's novel in verse, Evgenii Onegin; a new module on animals in Russian writing looks at how animals have been represented in a variety of texts, including traditional folktales, stories by classic authors, and poetry.