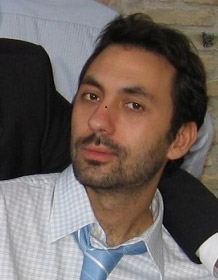 My main research interest is the process of change under which the Italian language is going, and the ways such renovation interacts with/is affected by mass media, especially cinema and television. My research focuses on the relation between mass media and the tendencies of contemporary language. I am interested in analyzing how they reflect everyday speech, which linguistic features are more commonly produced by TV shows, films, newspapers, and blogs, and to what extent mass media can be studied as an accurate representation of contemporary language. I am also trying to look at the problem from another perspective: what type of uses mass media make of Italians’ linguistic habits? What are the peculiarities (if any) of mass media language?

A related secondary area of interest focuses on yet another aspect of contemporary Italian: it is the way in which the power of language is used to convey political meaning. My intention is to look at this process as it applies to political movements and events of the recent past, with particular focus on the years of terrorism.