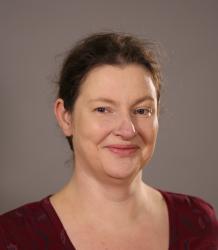 I was brought up in Worcestershire and did a degree in French and Latin at the University of Bristol, where I also gained a PhD supervised by Charles Martindale and David Meakin, entitled 'Virgil's Presence in Twentieth Century French Literature'. This was eventually published as Aeneas Takes the Metro: Virgil’s Presence in Twentieth Century French Literature. While working on the PhD I was able to spend a year teaching English in Bordeaux at Université Michel de Montaigne III. In 1995 I took up a Lectureship in French at University College, Cork and worked there for fifteen years. I joined the University of Exeter in 2010, where I am currently Head of Department of Modern Languages and Cultures and Associate Professor of French and Comparative Literature.

I have published widely within the area of classical reception and contemporary women’s writing as well as on Victor Hugo. Current projects include a monograph on the ways in which Les Misérables responds to and reworks classical epic in its bid to become a defining epic for the nineteenth century and the future, and a book on contemporary French and Francophone receptions of Antigone in literature and film.

I have supervised PhDs on classical reception, contemporary women’s writing and nineteenth-century French literature, and should be delighted to hear from prospective PhD candidates