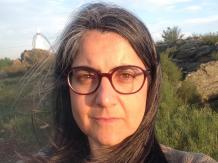 I am currently approching from a Cognitive Linguistics and construction grammar point of view innovative morphosyntactic constructions in non-standard varieties of Portuguese. I am investigating what the properties of these constructions are and how they are organised in construction networks.

In connection with this, I collaborated on the project Convergence/Divergence between European and Brazilian Portuguese, led by Professor Augusto Soares da Silva (Catholic University, Portugal) and funded by the FCT - Portuguese Foundation for Science and Technology (2018-2019). A major publication on the emergent reflexive and related constructions (se constructions) in Vernacular Brazilian Portuguese has been published in Cognitive Linguistics.

In the context of the non-European, non-standard varieties of Portuguese, I have investigated innovations, particularly at the morphosyntactic level, observed in the Portuguese spoken in Timor Leste (East Timor) and to what extent these can correspond to the initial stages of an emerging variety of Portuguese. In connection with this research as well as collaborative research on the East Timorese immigrant communities, I was a member of the Leverhulme funded international network 'Shifting Sociolinguistic Realities in the Nation of East Timor and its Diasporas'.

Similar phenomena is also observed in other non-standard varieties of Portuguese, hence I interested in the interplay between contact-induced phenomena and general processes of second language acquisition. I have published a chapter 'Portuguese as a transnational language" in the edited volume Transnational Portuguese studies.

I am currently working on a pilot project which corresponds to the first stage of a mapping exercise of the recently established Portuguese-speaking community in Newham. The mapping exercise will focus on the different sub-groups of the community, their migration trajectories, the languages spoken and their contexts of use and their involvement in organising community-level groups. Final-year students are involved in the project which is funded by the Alumni Fund.

We are currently collaborating with the Galeria da biodiversidade (Hall of Biodiversity, University of Porto), investigating how visitors interact with each other during the visit to the gallery, and we have recently started collaboration with a Mobile Science Museum in Brazil.

I am open to dicsussing research proposals in any relevant subject given my research expertise. I am especially happy to consider working with candidates with interests in the following areas:

- language planning and language policy in the Portuguese-speaking world

I convene modules mainly on language variation and change, including contact between languages (mainly involving Portuguese), an area of my academic research. I also convene a module on the relationship between language, culture and the mind, inspired by cognitive linguistics.

I am a fellow of the Higher Education Academy.