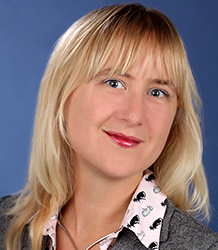 I am a cultural and intellectual historian, with a focus on renaissance Italy. I am also interested in the afterlife of the ancient world up to the present, and in the history of scholarship (such as the history of historiography, linguistics and translation), political thought, and the Republic of Letters.

Recent publications include my edited volume Evil Lords: Theories and Representations of Tyranny from Antiquity to the Renaissance (Oxford University Press, 2018), which traces the various roots, developments and communalities of Western thought on Bad Rule in eleven chapters; and my article ‘A Tale of Two Languages: Latin, the Vernacular, and Leonardo Bruni’s Civic Humanism’, Humanistica Lovaniensia 57, 1 (2018), which analyses the political dimension of humanism's cultivation of the Latin language, while offering a key to the vexed interpretation of Bruni's willfully contradictory Dialogues for Pier Paolo Vergerio.

I am currently completing a monograph on the reception of Julius Caesar in renaissance Italy. A 'preview' is 'The First Vernacular Caesar: Pier Candido Decembrio’s Translation for Inigo d’Avalos. With Editions and Translations of Both Prologues’, Viator 46, 1 (2015), 277-304 (an edition with commentary and translation of the humanist Pier Candido Decembrio’s prefaces to his Italian translation - the first in any vernacular -  of Julius Caesar’s Commentarii.
I have also started a second book project entitled ‘Cult of Antiquity: How Christian Habits Shaped Humanism’, the first fruit of which is ‘Ancient Texts and Holy Bodies: Humanist Hermeneutics and the Language of Relics’, in For the Sake of Learning: Essays in honor of Anthony Grafton, eds. A. Blair and A. Goeing (Brill: 2016), 675-91 (a chapter on the humanist book hunters Petrarch and Poggio that examines their descriptions of the ancient texts and authors they recovered and ‘brought back to life).

I am interested in the renaissance (or the later middle ages, or the earlier early modern period), and in aspects of classical reception. The two come together in fourteenth- and fifteenth-century Italian humanism, which has been the topic of most of my publications so far.

Research areas include:
- Cultural history of ideas
- Political thought from antiquity to the modern world
- Renaissance art and literature
- Uses of the past, reception and historiography

I am currently completing a monograph on the reception of Julius Caesar in the late Trecento and Quattrocento. The book examines humanist debates about politics, history, and the role of letters. By following the fortunes of one – but probably the most famous – ancient exemplar, Julius Caesar, I provide a section of the interaction between government and the learned professions during these formative centuries in Italian history.

I have also started a second book project, entitled ‘Cult of Antiquity: How Christian Habits Shaped Humanism’. This project asks why and how supposed features of ‘modernity’ – secularism, individualism, and historical consciousness – arose in Italian humanism, and seeks the answer in the confluence of antiquarian interests on the one hand, and the practices and episteme of late-medieval Christianity on the other. While dealing with a text-oriented culture that is usually examined as purely intellectual history, I aim to place texts in a continuum with objects, and to examine the mental habits shaping the meanings of both.

With Nikos Panou (SUNY-Stonybrook), I have co-edited a volume entitled Evil Lords: Theory and Representations from Antiquity to the Renaissance (Oxford University Press, 2018).

With Keith Sidwell (University of Calgary) and David Rundle (University of Canterbury, Kent), I am editing and translating a number of humanists texts for a volume entitled Poggio Bracciolini: On Leaders and Tyrants. The I Tatti Renaissance Library (forthcoming with Harvard University Press).

At Exeter, I teach or have taught:

I took my BA in Ancient and Modern History at Oxford in 2001, where I also gained my M.Phil. in Greek and Roman History in 2003, and, after time away from academia as a high school teacher in the Netherlands, my D.Phil. in Modern History in 2009. I then held a three-year Post-Doctoral Fellowship at the Society of Fellows in the Liberal Arts at Princeton University, followed by a two-year Exzellenz Research Fellowship at Ludwig-Maximilians-Universität, Munich, before starting as Lecturer at Exeter in September 2014.