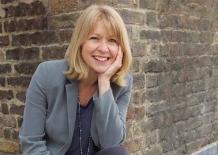 I specialise in British history from about 1660 to 1830, and I'm especially passionate about encouraging people to think more broadly about British history in a global and comparative context.  My research and teaching are closely linked, and cover a wide range of themes, from histories of production and consumption in Britain during the eighteenth century, to how global trade and economics shaped personal experiences, families and communities.  My new book, Orphans of Empire: the Fate of London's Foundlings (Oxford: OUP, 2019) considers the connection between philanthropy, child welfare and the contribution of charity apprentices to the socio-economic development of Britain's 'inner empire' at home.  I have an ongoing interest in transdisciplinary research on the Anthropocene which seeks to deepen our understanding of the origins and causes of our present climate emergency, working collaboratively towards ameliorative action.

The following areas are my specialist research subjects: the history of the mass media (the rise of newspapers and periodicals); coffee house sociability and politeness; the history of gender and sexuality, particularly in the shifting definitions of marriage and emergence of alternative family structures.  I have benefitted intellectually from collaborating over many years with historians, archaeologists, classicists and ancient historians who have wide-ranging expertise across deep time and diverse cultures. I am also keen to foster intellectual links with researchers across the arts, humanities, social sciences and applied sciences, and with communities outside of academia. My interest in climate change research (the rise and fall of the carbon economy from the time of the modern Industrial Revolution) led to my co-founding an interdisciplinary research group in my former post at Newcastle University on the Anthropocene. I was also a co-investigator in the major interdisciplinary 'Living Deltas' GCRF research hub, building upon collaboration with a wide range of colleagues and external partner organizations.

I welcome inquiries from prospective PhD students with research projects that relate to my research expertise, particularly in the following areas: eighteenth-century social history; the history of genders and sexualities; family and alternative family structures from the early modern to the modern period; early newspapers and the evolution of the mass media; production and consumption in Britain and the British Empire; communities, landscape and place, particularly in relation to metropolitan/provincial cultures and trade.  Please send me a 500 word outline of your PhD research proposal and copy of your CV if you would like to make an inquiry.

PhD students I am currently supervising and their research projects:

Examples of previous PhD projects I have supervised:

David Johnson, 'The Feel of Home: Emotions and the British Middle-Class Household in the Nineteenth Century' (ongoing)

Meg Kobza, 'The Social History of the Eighteenth-Century Masquerade'

Richard Pears, 'WIlliam Newton and the Development of the Architectural Profession in Georgian Newcastle'

Amy Shields (AHRC funded), 'Republicanism in a European Context: the Influence of the Dutch and Venetian Republics on Seventeenth-Century English Thought'.

Ria Snowdon (AHRC funded), 'Georgian Women and the Business of Print: Family, Gender and the Provincial Press of Northern England'.

I am Co-Curating A Foundling at Trafalgar, a public exhibition at the Foundling Museum, London (Sept-Dec 2021) with Kathleen Palmer (Curator, Exhibitions and Displays).  The theme draws upon a previously-unknown diary at the centre of my book Orphans of Empire: the Fate of London's Foundlings (OUP, 2019) written by an eighteenth-century foundling, George King, who was press ganged into the Royal Navy.  It will include exhibits borrowed from the Greenwich Maritime Museum (among others) and will reconstruct a 'below decks' account of the Battle of Trafalgar as the centrepiece of the exhibition.  A programme of associated talks, events and public engagement activities is planned alongside the exhibition.

Fellow of the Royal Historial Society

Fellow of the Royal Society of Arts, Manufactures and Commerce

I have extensive experience in a variety of broadcast and social media, including contributions to history programming for the BBC with a variety of independent production companies and live interviews on national and international networks (BBC1, BBC2 and BBC4, BBC Radio 3's Free Thinking  and Radio 4's Woman's Hour, BBC World Service, RTE radio).  These include Lucy Worsley's Britain's Biggest Royal Fibs (Queen Anne), a full-length feature episode of Dan Snow's podcast History HIT (on the Foundling Hospital),Who Do You Think You Are? with Frances de la Tour, and Amanda Vickery's Voices from the Old Bailey.  I have also co-authored and presented a programme on the BBC,'The Remarkable Gertrude Bell' - for full details, see www.helenberry.net.

I did my undergraduate degree in History at the University of Durham, where my interest in early modern history was fired by Professor Anthony Fletcher.  I later went on to study for a PhD at Jesus College, Cambridge, where my supervisor was Professor Keith Wrightson, and wrote a thesis on late-seventeenth century coffee house society and the newspapers and periodicals published by John Dunton and his contemporaries, which was examined by Profs James Raven and Bernard Capp.  I became particularly interested in the relationship between the press and their readers, and the mechanisms by which ideas about gender normativity were formulated, prescribed and challenged.  This led to the publication of my earliest articles on John Dunton's Athenian Mercury, and my first book, Gender, Society and Print Culture in Late-Stuart England. A spin-off article on coffee house slang won the RHS Alexander Prize (2001).  My first employment in undergraduate teaching and research was at the Universities of Cambridge, Essex and Northumbria.  I was a postdoctoral researcher for the project Nationalising Taste: National Identity and Local Culture in Eighteenth-Century England led by Professors Jeremy Gregory, Alan Ingram and Thomas Faulkner, which led to a number of collaborative interdisciplinary publications (encompassing History, Art History, Archaeology, Literature and Architectural History) and a long-standing interest in landscape and environmental history from the dawn of the industrial revolution to modern times (Northern Landscapes).  I was appointed Lecturer at Newcastle University in 2000, where I became a Professor in 2012 and remained until 2020.  In that time, I developed my research and education interests and networks, from early explorations in the history of gender, the family and alternative family structures (co-editing with Elizabeth Foyster The Family in Early Modern England, and my book about queer marriage, The Castrato and His Wife), to the development of a consumer society and environmental history in the long eighteenth century.  I have also had a growing interest in decolonising British history, particularly through working with archaeologists and architectural historians on the Gertrude Bell archive at Newcastle University.  I have had close ties with research institutions in the USA and was a Visiting Fellow at the Huntington Library in California and the Harry Ransom Research Center (Austin, TX).  An international collaboration with Professors Jason Kelly and Phil Scarpino (IUPUI, Indiana, where I am a Visiting Professor), led to my becoming Co-Founder of the Anthropocene Research group at Newcastle, and Co-I for 'Living Deltas' a large-scale interdisciplinary research hub involving humanities scholars, earth scientists and physical geographers, as well as a large number of external stakeholders both in the UK and the Global South.  I was twice nominated by my undergraduate students for a Teaching Excellence Award, and to date have supervised and examined over 20 PhD students.  My most recent OUP book, Orphans of Empire: the Fate of London's Foundlings, was part-funded by the British Academy and was shortlisted for the 2019 Cundill Prize, 'the world's biggest history prize, for books of global significance'.  A native of Plymouth, I returned to the South West in 2020 to take up the post of Professor of History and Head of the Department of History at the University of Exeter.