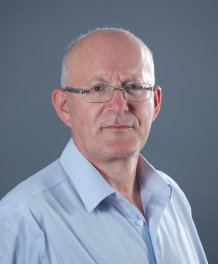 I work on post 1500 military history and also on eighteenth-century British history, international relations, cartographic history and newspaper history; and am happy to supervise in these areas.

I was awarded two-year fellowships from the Leverhulme Trust to work on 'Information and the Making of the Modern World 1450 – 2000' in 2009. Together with Professor Andrew Thompson, I co-organised a conference on ‘The World: A Deep History of the Tory Party and its Views of Britain’s World Role’ in 2013.

MBE 2000 for work on the 1999 stamps as advisor to the Royal Mail from 1997. This involved selecting the topics which covered British history, writing briefings for the stamp designers, and writing the text for the presentation packs.

The Council on Foreign Relations, Philadelphia

Meetings organised by the U.S. Navy at the National Defence University and the Naval Academy at Annapolis

The Triangle Institute for Strategic Studies

Possibly the most active representative of British scholarly views abroad, and particularly important in Anglo-American links.

Editor of Archives, the journal of the British Records Association, and the leading archives journal in the world (1989-).

Member of the Council of the British Records Association 1989-, and of associated sub-committees, for example General Purposes Committee, Publication Committee.

Member of the Council of the Royal Historical Society 1993-1996 and 1997-2000, and of associated sub-committees, for example Membership Committee, Research Support Committee.

Member of the Council of the List and Index Society 1997-

Regular contributor to BBC Radio 4's 'In Our Time'.

Presented an hour-long programme for BBC2 entitled Why the Industrial Revolution Happened Here.

Jeremy Black studied at Queens' College Cambridge, St John's College Oxford, and Merton College Oxford before joining the University of Durham as a lecturer in 1980. There he gained his PhD and ultimately his professorship in 1994.

He joined Exeter University as Established Chair in History in 1996.