Institute of Cornish StudiesAboutWho we are

Who We Are (Agan Keyndir) 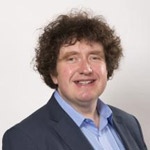 Garry Tregidga has been a pivotal member of the Institute of Cornish Studies (ICS) since 1997. He is currently a co-Director of the Institute and is developing its Culture, Society and Heritage research strand. Research interests include oral history, ethnomusicology, and the political history of Cornwall since the 1880s in a wider Celtic and British context. Garry is also project leader of Eglosyow Morek Kernow/Cornwall’s Maritime Churches, which is supported by the National Lottery Heritage Fund and seeks to explore the religious culture of maritime communities through time. This is envisaged as a key project in extending the work of the Institute in relation to digital humanities and democratic scholarship.  Garry coordinates our Culture, Heritage, and Society theme. 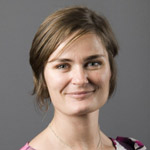 Joanie Willett first became involved with the ICS as an undergraduate student in 2004 with the Cornish Audio Visual Archive. She is now a Senior Lecturer in Politics on our Penryn Campus, and joins Garry as a Co-director of the ICS. Over the course of her research, Cornwall has provided a rich and deep case study which invites many questions around identity, governance and economic development. Joanie’s primary research specialises in using political philosophy to explore the relationship between identity and the (sustainable) economy. This has led her to consider the importance of sharing knowledge and information within the Duchy, and the role of local government, parish councils, and political decentralisation in order to deliver this. 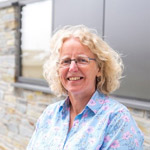 Jane Wills is Professor of Geography and Director of the Environment and Sustainability Institute (ESI) at the University of Exeter Penryn Campus.  She has worked on the changing nature of employment, the campaign for a living wage and its origins in community organising. More recently, she has focused on localism and civic engagement, publishing Locating Localism (Policy Press) in 2016.   Her latest UK Research and Innovation (UKRI) project involves organising co-production workshops in Newquay, Launceston, and Helston, to engage residents in improving the public open spaces where they live in order to improve biodiversity and community well-being.  Look out for Jane’s new edited book The Power of Pragmatism (Manchester University Press) about the politics of research and knowledge production, out in Spring 2020.  Jane is our Politics and Government representative. 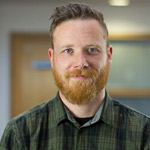 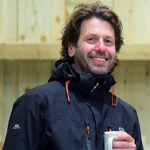 Steffen Boehm is Professor of Organisation and Sustainability based at the University of Exeter Business School in Cornwall. His research focuses on the relationship between political economy and ecology. In recent years, he’s explored the potential of circular economy approaches to reconfigure the workings of local and regional economies. He’s co-leading the Tevi project, supporting Cornish SMEs to move towards more circular business models. An increasing focus of his research has been on the agri-food sector, given that food and land-based economies are arguably the cornerstone of future local economies that are sustainable, resilient and working for people and planet.  Steffen coordinates our Economy and Business theme. 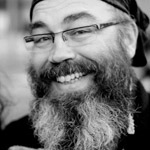 Matt Blewett’s background in archaeology led him to research attitudes about archaeology and its presentation in Cornwall. He is now researching the links between heritage, identity and democracy as part of the Institute of Cornish Studies’ “Agan Kernow” project. Through oral history he explores how people constitute their identity, asking them if heritage really does form identity, as is commonly supposed. From there he asks how their identity informs their political behaviour and their attitude towards “democracy”. Related research includes the Cornish minority, the authorised heritage discourse, public engagement, and localism. 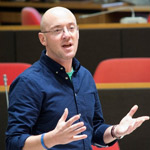 Michael Bunney is investigating the impact of war on Cornish communities. He is researching South Cornwall in the period 1900 to 1951, with a focus on the World Wars. He is concentrating especially on the coastal communities between Fowey & Falmouth and particularly his home parishes of Gorran and Mevagissey. Michael has taught History and Politics in secondary schools for the last 21 years and he moved to the Institute in September 2019. He also teaches Politics  and International Relations at the University and is very involved with Cornish heritage activities. Michael teaches Cornish history in his local community and is Chairman of Gorran Old Cornwall Society and Gorran Parish History Society.

Kensa Broadhurst is a PhD student in the Institute of Cornish Studies, funded by the Cornwall Heritage Trust.  She researches the Status of the Cornish Language between 1777-1904.  That is, the death of Dolly Pentreath, the so-called last speaker of Cornish, and the publication of Henry Jenner’s Handbook of the Cornish Language which began the language revival.  Kensa is also considering what exactly we mean by, and how we define language extinction, and hopes to contribute to developing a function and status for the Cornish language within higher education.  Outside of her PhD research, Kensa blogs and tweets in Cornish, and reads the news in Cornish on Sunday afternoons for BBC Radio Cornwall. 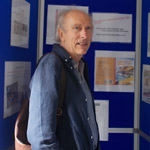 Bernard Deacon was formerly Senior Lecturer at the University of Exeter’s Institute of Cornish Studies. Now retired, he is exploring the topics of comparative Celtic history, Cornwall’s labour history and migration in and from Cornwall in the nineteenth century. He has written extensively on Cornish topics, including The Surnames of Cornwall (2019), Industrial Celts: Making the modern Cornish identity 1750-1870 (2018), From a Cornish Study: essays on Cornish Studies and Cornwall (2017); Cornwall’s First Golden Age; From Arthur to the Normans (2016) and Cornwall: A Concise History (2007) among others. He has also published in a range of journals and series, including Cornish Studies, European Urban and Regional Studies, Family & Community History, Global Networks, The International Journal of Regional and Local Studies, Local Population Studies and Rural History. 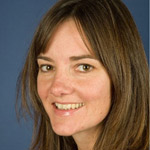 Lucy Ellis is currently a consultant in higher education, a research associate and editorial assistant. Her work in the field of critical tourism studies focusses on the supply of housing to host communities affected by tourism in coastal Cornwall and the host-guest relationship using the ‘ethnographic research cycle’ methodology. The research views tourism in Cornwall as dependent development. With Professor David Baker she is currently co-Editor of Future Directions in Digital Information: Predictions, Practice and Participation for the Elsevier Digital Information Review Series. In addition to writing for publication, Dr Ellis conducts other scholarly activity such as reviewing for scholarly journal titles including Information and Learning Sciences (Emerald) and Journal of British Institute of Organ Studies.

Professor Ken MacKinnon graduated in Economics and Sociology (BSc Econ LSE 1954) and took higher degrees in sociology and sociolinguistics of education (Institute of Education MA Educ 1971, PhD 1975). He has researched Gaelic communities in Scotland and Canada (with extensive publications). Since early retirement in 1991 he has held appointments on governmental boards and committees in Scotland for Gaelic language policy, Gaelic television and broadcast media, and census policy. In 2000 he undertook a major study on Cornish for Government Office South West, which led to the government’s signature of the European Charter and official recognition for the Cornish language. His current research interest is in Cornish linguascape. 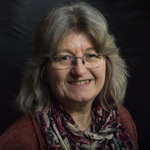 Lesley Trotter was awarded a PhD in Cornish Studies at the University of Exeter in 2015 for her thesis on the experiences of wives ‘left behind’ by emigrating Cornish miners in the 19th century, now a successful book, The Married Widows of Cornwall. She has a special interest combining genealogical and academic research techniques to explore and increase public understanding of the social history of Cornwall and the Cornish diaspora. Lesley is Vice-Chair of the Cornwall Association of Local Historians and works with arts groups on community history projects, as well as sharing her research via frequent public talks and online at www.humblehistory.com. 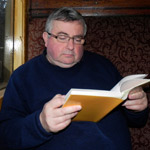 Philip Payton is Emeritus Professor of Cornish & Australian Studies at the University of Exeter and Professor of History at Flinders University in Adelaide, Australia. He holds doctorates from the universities of Adelaide and Plymouth, and is Hon. Fellow of the Australian Academy of the Humanities. He is the author/editor of more than fifty books. His most recent titles on Cornish themes are The Cornish Overseas: A History of Cornwall’s ‘Great Emigration’ (revised edition, University of Exeter Press, 2020) and Pictorial History of Australia’s Little Cornwall (revised edition, Wakefield Press, Adelaide, 2020).