As a department, we are working to decolonise the way we teach, research, and work with one another. Our expertise is among the most diverse and wide-ranging in the country, stretching from the beginning of the second millennium to the present, and spanning much of the world – and we are committed to extending our coverage even further.

College of HumanitiesHistoryAbout usAbout us 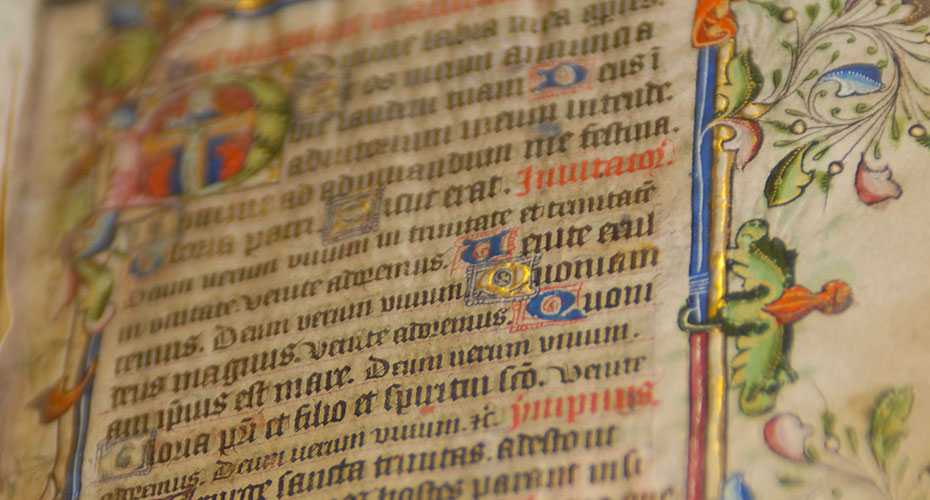 We are 8th in the UK for world-leading research* 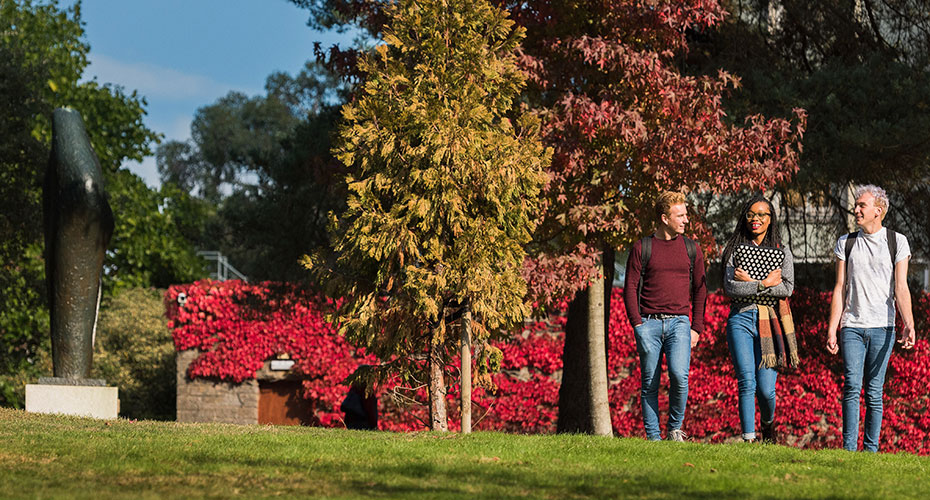 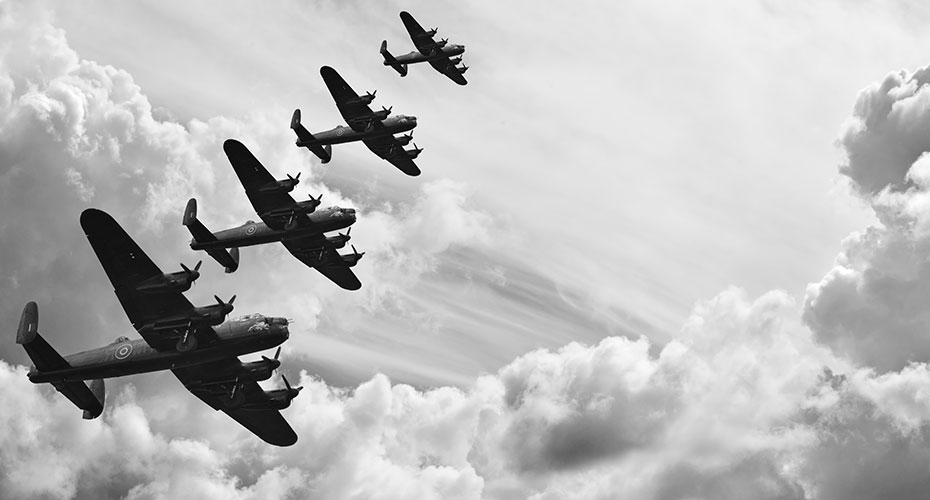 History at Exeter has a global reputation for excellence and we are proud to be one of the leading research centres for History in the UK, with a diverse academic faculty of over 60 staff.

Our department is located across two campuses, with our Penryn Campus in Cornwall focusing on public history and the environment and our Streatham Campus in Exeter covering medieval history, early modern socio-economic history, maritime history, modern British politics and policy, global and medical histories.

Our innovative History programmes harness our broad academic expertise and span a range of countries, periods and themes in stimulating and intellectually challenging ways.

The Digital Humanities Lab, a 1.2 million pound investment on our Streatham Campus, further enriches both undergraduate and postgraduate teaching and research with its state of the art equipment, spaces and training.

Our varied research culture is one of the things which makes History at Exeter unique. We have expertise in political, economic, social, cultural, religious, medical, environmental, maritime, naval, military and diplomatic history. We range in time from the early medieval period to the late 20th century. Our particular strengths are in the history of Britain and continental Europe, but also we focus on the history of the United States, Africa, and India.

Read more about our research.

History at the Penryn campus

The Penryn campus is set in 100 acres of countryside, close to the waterside town of Falmouth, and boasts beautiful views over the Fal estuary.

At the Penryn Campus, our dynamic and supportive department focuses on using history to understand the challenges posed by globalisation, ethnic conflict, crime, technological innovation, and scientific and environmental change. We are a modern department, focused on history from 1500 onwards and have particular expertise in the First World War; 19th-20th century North American History; oral history; party politics; environmentalism and environmental politics; Cornish history, culture, memory and heritage. A key characteristic of History at Penryn is our emphasis on public history, built through relationships with museums, galleries and schools.

The educational experience in Cornwall, with its intimate, small-group teaching and close contact with academics, is ideal for studying History, all based in an idyllic, seaside setting. Our Penryn Campus is shared with Falmouth University, and there is a wide range of facilities and resources to support you in your study of History.

Penryn is one of Cornwall’s oldest market towns, steeped in history and culture. Many of its buildings date back to Tudor, Jacobean and Georgian times, and it is home to the Penryn Town Museum and the oldest gardens in Cornwall, Enys Gardens. Close to coastal town, Falmouth and cathedral city, Truro, in the former you can visit Pendennis Castle (English Heritage) and the National Maritime Museum Cornwall, and the latter hosts both Truro Cathedral and the Royal Cornwall Museum. Our department have had collaborations with the Royal Cornwall Museum, the Telegraph Museum in Porthcurno, the Penlee House Museum and Gallery and Geevor Tin Mining Museum. Further afield in Cornwall, you will find Tintagel Castle (English Heritage), St. Michael's Mount and Lanhydrock House.

Aside from the exciting intellectual community our staff and students in Cornwall have helped to create and develop, we have also established links with organisations outside of the university. These links are particularly in the heritage sector, but also with local businesses and social enterprises on research work that has a direct economic impact. Our commitment to public history gives students the chance to carry out work experience within museums, galleries and similar organisations, making a real difference to the community.

Find out more about Penryn campus.

How to find us

History at the Streatham campus

The Streatham campus, the University’s largest site in Exeter, is built around a country estate overlooking the city and is readily acknowledged as one of the most beautiful in the country.

At the Streatham Campus, based in the Amory Building, our research in the History department expertise ranges from pre-history through to the twenty-first century incorporating international, economic, cultural and social history and many geographical areas including the Americas, parts of Asia, Britain and Europe. We have strengths in Medieval history, Early Modern British history, Modern European and global history, and particular specialisms in the histories of power (including security and conflict), identity (including faith, gender and nation), knowledge (including medicine) and resources (including consumption and sustainable development). Our research centres include Medical History; Medieval Studies; Early Modern Studies; War, State and Society; Imperial and Global History; Maritime Historical Studies. They are a focus for interdisciplinary activity across the institution and beyond.

The Streatham Campus is based in Exeter, a small cathedral city with a rich historical and cultural heritage. It is known as having one of the longest and most celebrated histories of any British city, making it an ideal location to study History.

On campus, not only do you have access to a range of historical resources in the libraries, the Special Collections teams manage the University’s unique and exciting collections of archives, rare books and objects. The campus is also home to The Bill Douglas Cinema Museum, which contains one of the largest collections of material relating to the moving image in Britain, featuring over 75,000 items; students have had the opportunity to host their own exhibitions there. We have also invested £1.2 million to open a Digital Humanities Lab and research space for the examination and preservation of important historical, literary and visual artifacts.

In the heart of the city lies the Royal Albert Memorial Museum (RAMM); their collection consists of over one million individual objects from all across the world, from pre-history to the present day. Explore Exeter’s history through the RAMM’s Time Trail app, a collaboration between the Centre for Intermedia in the College of Humanities, the RAMM and 1010 Media. Near Exeter, Killerton House (National Trust) also exhibits excellent historical collections. Exeter hosts an eclectic range of Grade I* and Grade II* listed buildings, from religious buildings, most notably Exeter Cathedral and St Nicholas Priory, to secular buildings like Custom House, Poltimore House, The Guildhall and Tuckers Hall. There are castles nearby, including Rougemont Castle, Powderham Castle and Castle Drogo. The two-thousand year old City Wall highlights Exeter’s Roman roots, as 70% of the original wall survives today. The city’s medieval heritage shines through not only in buildings like Exeter Cathedral, Tuckers Hall, the Guildhall and St Nicholas Priory, but also its Underground Passages and Medieval Exe Bridge Ruins. The Exeter Ship Canal is one of the oldest canals in the country.

You will have a wealth of resources at your fingertips, not only on campus, but also Exeter Cathedral’s Library and Archives, the RAMM Collections, Exeter Central Library, the Grecian Archive, etc. Furthermore, students have the exciting opportunity to engage in volunteering and work placements on campus and in local heritage sites.

How to find us

We work in partnership with international and national institutions. Research from the department has involved relationships with institutions including the World Health Organisation, the University of British Columbia, Monash University, Université de Québec and KITLV Leiden. We also have strong connections with the heritage sector and we have partnerships with the National Trust and the RAMM. Learn more about our current partnerships.

We have strong success in raising research income from bodies such as the AHRC, ESRC and Wellcome Trust. Over the last 4 years this has generated £7.6 million.

We have an interdisciplinary perspective and work closely with related disciplines including Classics and Ancient History, Archaeology, English, Modern Languages, Philosophy and Politics.

Teaching the next generation of historians is at the heart of everything we do and our teaching is inspired by the research interests of our staff. We have a strong record of teaching excellence in the department and we are ranked in the top 10 in all major UK university league tables for History.

Our staff are regularly nominated and shortlisted for the Exeter Student Guild’s teaching awards, and in 2020, Dr Ljubica Spaskovska won the award for Research-Led Teaching. In the National Student Survey, 96% of our students were satisfied with teaching quality.

During your time studying for a degree with us, we will make learning exciting, engaging and fun – exploring hidden treasures, secret worlds and famous historical events from new perspectives. We will offer a huge range of History options, covering hundreds of years and many different cultures and continents. We will also encourage you to broaden your horizons further by taking modules that interest you beyond our Department. You will be challenged along the way to move out of your comfort zone, not just by what you study, but what you learn about yourself and your capabilities during your degree. This we believe will prepare you well for life beyond graduation, including tools that will help you thrive in an increasingly complex, rapidly-changing world.

We will work with you on your personal development so that you can become:

As a department, we are working to decolonise the way we teach, research, and work with one another. Our expertise is among the most diverse and wide-ranging in the country, stretching from the beginning of the second millennium to the present, and spanning much of the world – and we are committed to extending our coverage even further. Our collective engagement with such a broad swathe of human experience encourages us to reflect on how the study of history can promote empathy and respect for everyone and the ability to recognise and challenge injustice where it exists. It also encourages us to think about how we understand the past in different ways and from a range of different perspectives and intellectual traditions. For us, decolonising represents an opportunity to work with new frameworks and approaches, enabling a richer understanding of the processes and structures that have made our world what it is today – and what we can do to make it better. We welcome students from all backgrounds, from all parts of the country and world, and we endeavour to support and work with them to create a truly universal space of learning. We aim to provide an education which enables students to become empowered, thoughtful and ethically responsible global citizens, aware of their pasts, equipped to meet the challenges of an interdependent world, and able to work for a better future. Find out more

‘Uses of the Past’ is a module that connects our discipline, History, with the wider world within which we live. It’s the point in the degree programme where we really try to encourage students to think about the relevance of History in all sorts of contexts: education, politics, business, culture, and more. We want to emphasise the importance of connecting History with society through the assessment tasks we ask students to complete, so rather than just writing a traditional essay, students work in groups to produce a multi-media wiki site that explores one particular use of the past. The groups also produce a poster that conveys an aspect of this project to a general audience in a very immediate, visual way. Both these activities give students the chance to develop a range of transferrable skills, and to communicate in new ways with new audiences. Several of our students’ posters have recently achieved success in a university-wide competition that feeds into a national event run by the British Conference of Undergraduate Research – a result that testifies to the high quality of work produced over the course of the module.

Research Excellence Framework 2014 based on the percentage of research categorised as 4*.