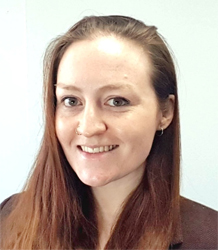 My research focuses primarily on feminist film historiography. I research the relationships between literature, gender and audiences in the early and interwar periods, looking at intermedial exchanges between women's film and print culture, and female film stardom. I am also a specialist in archival film and literary studies.

Recent strands of my research have included histories of location filming in rural spaces and the use of archival actuality footage in researching Deaf histories in the South West of England. My latest book, Reframing Vivien Leigh: stardom, gender and the archive is out now with Oxford University Press (2021). In July 2018 I was awarded an AHRC Early Career Leadership Fellowship for the Reframing Vivien Leigh project, which ran for 20 months from January 2019.

My current research project focuses on stardom and unmade projects in the archive, including case studies of unmade adaptation of The Bell Jar.

My previous research focused on the relationships between literature, gender and audiences in the early and interwar periods, looking at intermedial exchanges between women's film and print culture. My monograph titled Off to the Pictures: Cinemagoing, Women’s Writing and Movie Culture in Interwar Britain was published with Edinburgh University Press in 2016. The book explores women’s intermedial fictions surrounding the first three decades of UK film culture. It gives new understanding to female-created cultures of cinema and their influence on women’s everyday lives through an original exploration of short stories, middlebrow and modernist literature, tabloid criticism, and a wealth of ephemera.

My book on the topic, titled Reframing Vivien Leigh: stardom, gender and the archive, is out now with Oxford University Press (2021).

I have run a project titled Filming Rural England in collaboration with Dr Lavinia Brydon of the University of Kent. The project focussed on the impact of location filming on regional spaces and communities, and how memories of filming are archived and accessed. We launched the project with a community case study in the village of Chilham, Kent. You can read about the project on our Filming Rural England Blog. In 2017 we published a piece with SERIES journal on location filming for the BBC adaptation of Emma.

My research involves close collaboration with museums and archives, including centres such as the Bill Douglas Cinema Museum, Exeter, and the Victoria and Albert Museum, London. I have also worked closely with external partners like the Deaf Studies Trust and the British Deaf Association. My recent research into Vivien Leigh and her archives has sought to forge innovative new impact opportunities, creating public education resources for regional museums which contain Leigh collections and memorabilia.

I created the Film Talk programme at Exeter, and informal review club where everyone is welcome to discuss the latest big and small screen releases. This has now been running successfully for a number of years.

I was a Visiting Examiner for undergraduate degrees and graduate diplomas in Media Arts at Royal Holloway, University of London (2017-2020).

I am currently an External Examiner for the School of the Arts at the University of Liverpool.

I teach on both the Undergraduate and Postgraduate programmes in Film and English at Exeter, and convene modules such as the Level 1 EAS1034 Film Studies: An Introduction, the Level 2 option EAF2502 Shots in the Dark: American Film in Profile and the third year specialist option EAF3106 Female Screens: Representation, Agency and Authorship. I am also the convenor to the new MA module EAFM089 Archival Encounters: Material Film Histories.

I am also the new Programme Leader for the forthcoming MA in Film and Screen Studies.

I hold a PhD in English from the University of Exeter, which was awarded in 2011. I have since lectured in British and American Cinema at Exeter, and in Film Studies at the University of East Anglia, where I was part of the British Cinema and Feminist Media Studies research clusters.