You will take six courses (three per semester), and five of these are taken in Anglophone literature and can be chosen from a wide range covering different periods and genres. You can choose from level 2 modules (lecture courses, with weekly seminars, which are assessed by a final exam in the first semester and portfolio of written work in the second semester) and level 3 modules (seminars on particular topics, assessed through a portfolio of essays).

In addition to the Exeter courses, you will take the Kenyon seminar which is taken over both semesters with the Kenyon-Exeter resident programme director. This course is organised around exciting literary and cultural field trips and provides the opportunity to experience exceptional English theatre productions and link the study of British literature with the environment.  In the past students have gone on field trips to Ireland, London, Stratford on Avon, and locations in the South West, and have seen plays by the Royal Shakespeare Company and in the West End.

While at Exeter you will take six courses (three per semester). Five of these are taken in Anglophone literature and can be chosen from a wide range covering different periods and genres. They can choose from level 2 modules (lecture courses, with weekly seminars, which are assessed by a final exam in the first semester and portfolio of written work in the second semester) and level 3 modules (seminars on particular topics, assessed through a portfolio of essays).

You take one course in another subject - this could be in film or drama, or from a wide range of subjects available at the University such as Archaeology, History, Modern Languages, Politics, Sociology, Classics and Ancient History, Philosophy, International Relations, Theology, Psychology and more.

You'll choose these modules while at Kenyon, a few months before starting at Exeter. Apart from the Kenyon seminar, you are taught alongside Exeter students and carry out the same assignments.

The main difference between studying at Kenyon and Exeter is the emphasis on independent study. Students in the UK are treated more like graduate students i.e. as independent, mature scholars and given greater latitude to tailor research to their own interests. Experience has shown that Kenyon students greatly develop their research skills while at Exeter, which gives them excellent preparation for their final year of study and they often excel academically on returning home.

Module options may include:

When you arrive in Exeter, you will have time to adjust to your new surroundings and a different educational system. You can attend a programme of events laid on for International students including tours of the campus and facilities, social events, and an introduction to life in Exeter and the UK. You'll also receive an induction session on the difference between the UK and US systems of education, which include details about the use of terminology and cultural differences.

The University of Exeter

The University of Exeter has around 21,273 students and over 3,900 staff, and has two campuses in Exeter and two in Cornwall. It is large enough to offer great facilities, but small enough to retain a personal and friendly atmosphere. The University is consistently one of the best in the UK for student satisfaction, is ranked highly in national league tables.

It has over 100 societies, a student-run newspaper, tv and radio station, and 50 sports clubs, along with a wide range of learning resources and support services.

Kenyon students will study at the University's main Streatham campus in Exeter which has the reputation of one of the most beautiful in the UK. With lakes, parkland and gardens with rare species of plants, it offers a safe and enjoyable environment for study.

The Department of English is part of the College of Humanities, and is based in the Queen's Building, in the middle of the Campus which has recently benefited from an extensive upgrade in facilities. 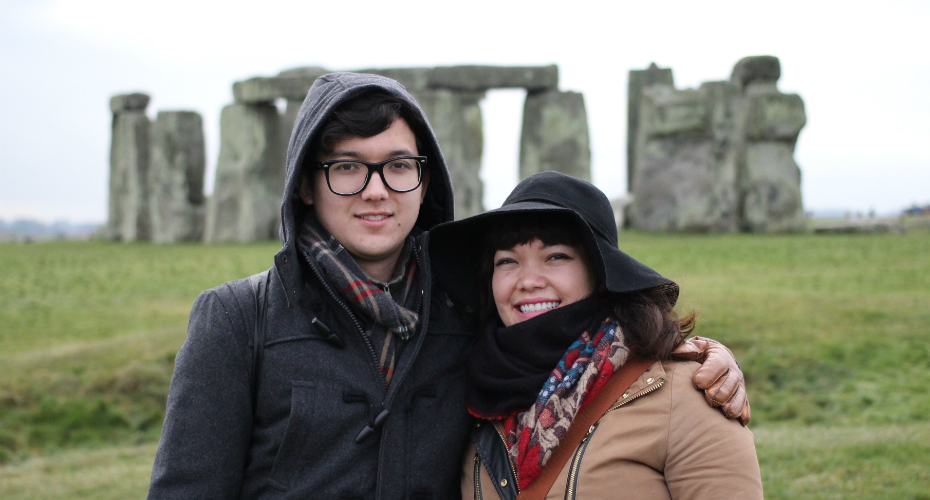 I decided to come to Exeter because it has such a well-respected English department - I knew that studying abroad would be an enriching experience where I’d have to learn to operate in a new environment independently. I really enjoy the level of immersion I’m getting in my studies as I feel like I can really focus on delving deeper into my courses and interests.

At Exeter, I’m continually surprised at how beautiful the countryside is and how much fun can be had tromping around fields and muddy paths. Also, some of the stereotypes about Americans were hilarious to me!

My advice for students considering Study Abroad is it’s best to keep an open mind. Your time abroad will never be as glamorous as you’d like to think, but it’s probably better for that! I definitely feel more confident in my ability to function in a foreign place.