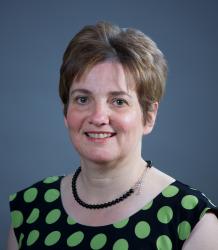 My research interests are in eighteenth-century and Romantic studies, in women's literary history from the Restoration to the nineteenth century, in feminist criticism, and in animal studies. My critical writing, ranging widely over fiction, poetry, drama and periodical literature from the seventeenth to the nineteenth centuries, is driven by my long-standing desire to understand the processes by which people build up literary and cultural traditions, and especially to investigate women's part in these processes.

In my first book, The Rise of the Woman Novelist (1986), I argue for a recognition of women's contribution to the development of the novel, and show how this contribution was shaped by the gender expectations of eighteenth-century England; and in my second, Elizabeth Gaskell (1993), I explore the writing of a nineteenth-century woman who tried to match her art to her own vision of the feminine. With Josephine McDonagh and Sally Ledger I edited Political Gender (1994), a collection resulting from the Exeter conference 'Feminist Criticism in the Nineties' (1992). Editing Aphra Behn's work (The Rover and Other Plays , 1995), I became fascinated by the influence this Restoration writer exerted on the generations following her, and in Aphra Behn's Afterlife (2000) I argue that she became the rejected mother of the eighteenth-century literary tradition. Writing this book kindled an interest in literary genealogies which I have explored further in my book Literary Relations: Kinship and the Canon, 1660 to 1830 (2005).

My major current research project is Enlightenment Animals, a study of the way Enlightenment thinking shaped attitudes to and representations of animals in the period. I bring together eighteenth- and early nineteenth-century philosophy, science, religious writing, poetry, novels and children's literature in a bid to uncover the way the relationship between human and non-human animals was reconceived. With my colleagues Professor Karen Edwards and Professor Stephen Neale, I was involved in the interdisciplinary project 'Valuing Wildness in Animals'.

I am keen to supervise PhD research in all areas of Restoration, eighteenth-century and Romantic literature, and particularly welcome applications for research into the early novel, in women's writing, and in animal studies.