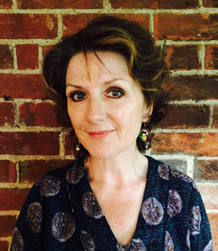 I am Professor of Film in the English Department at Exeter University. Most of my teaching work is on post-classical American cinema, British cinema and classical Hollywood. I also teach film MA students and supervise a number of PhDs. I have written five books and edited or co-edited several others, including The Erotic Thriller in Contemporary Cinema (the first book on this important post-classical genre), Contemporary American Cinema (co-edited with Michael Hammond), as well as books on psychoanalytic critical and cultural theory, and on D. H. Lawrence, feminism and visual culture. I have always worked on gender and culture, and have a longstanding interest in representations of sexuality and the history of censorship and classification. I am just completing a study of children and childhood in Spielberg entitled Steven Spielberg's Children. With my research partner at Southampton University, Dr Shelley Cobb, I am now engaged in a major new 4-year research project on contemporary women filmmakers, funded by the Arts and Humanities Research Council, entitled Calling the Shots: women and contemporary film culture in the UK, 2000-2015. I have been involved in film exhibition and curation for a decade or so, as co-curator of the annual Shetland Film Festival Screenplay, from which sprang A Hansel of Film - a round-the-UK tour of short films which was part of the London 2012 Cultural Olympiad.

I grew up in Bristol, and studied at Sussex University: my first degree was in English; I followed this with an MA in Critical Theory from Sussex, and then a PhD on Lawrence, Nietzsche, Freud and feminism, before I moved fully into film teaching and research in the early 1990s. Before I came to Exeter in 2017 I was Professor of Film in the English Department at Southampton University, and before that I taught at Liverpool University and at Manchester University.

My brother and I were the first our family to go to university. Widening access to Higher Education has been important to me since the start of my career.