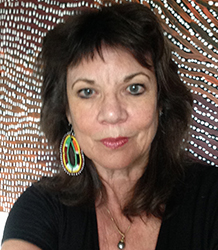 Professor Regenia Gagnier’s specialisms include Victorian and modern Britain, especially the Fin de Siècle; the geopolitics of language and literature migration; digital humanities;  literary and social theory; sex, gender and sexuality; interdisciplinary studies, esp. science and technology; and women in the professions. Gagnier holds the Established Chair in English Language and Literature at the University of Exeter, founding and co-editorship of the Global Circulation Project, and Senior Research Fellowship in Egenis, the Centre for the Study of Life Sciences.  Her monographs include Idylls of the Marketplace: Oscar Wilde and the Victorian Public (Stanford, 1986); Subjectivities: A History of Self-Representation in Britain 1832-1920 (Oxford, 1991); The Insatiability of Human Wants: Economics and Aesthetics in Market Society (Chicago, 2000);  Individualism, Decadence and Globalization: on the Relationship of Part to Whole 1859-1920  (Palgrave Macmillan 2010); Literatures of Liberalization: Global Circulation and the Long Nineteenth Century (Palgrave, 2018). Gagnier has edited special issues of The Global Circulation Project on Scholarly Editing in the Twenty-first Century (2010), Global Modernisms (2012), Twenty‐First Century “Chinoiserie” (2015), and Rabindranath Tagore’s Global Vision (2015).  She is on the Editorial Boards of 21 scholarly journals and has supervised to completion 83 doctorates at Stanford and Exeter. She recently held Visiting Professorships at Tsinghua, Fudan, Melbourne, UMass Amherst, Vanderbilt, Arizona State, Leeds, Delhi, and the Indian Institute of Advanced Studies, Shimla. In 2022-23, she will take up fellowships at STIAS in South Africa and the Humanities Research Centre at ANU in Australia that were postponed due to the pandemic.

Gagnier has served as Chair of the Consortium of Institutes of Advanced Study, Great Britain and Ireland; Presiding Officer of six MLA Division Executives in the USA and the AHRC Research Panel and University English Executive, UK. She is Honorary Centenary Fellow of the English Association; Fellow of the Royal Society of Arts;  Member of Academia Europaea; and on the International Executive Committee of IAUPE (International Association of University Professors of English).  She was President of the British Association for Victorian Studies 2009-2012. She currently sits on the £1.5 Billion Selection and Interview Panels of UKRI Global Challenges Research Fund. In 2020, she was elected Fellow of the British Academy.

Gagnier has won numerous awards and fellowships for teaching as well as research in Britain, Australasia, Europe,  North America, and South Africa.  She has served on seven MLA Division Executive Committees in the USA; the AHRC Research Panel and CCUE Executive in the UK; the Steering Committee of the International Association of University Professors of English; and RCUK Global Challenges as well as other national and international professional bodies. In 2006, she was made  Honorary Centenary Fellow of the English Association,  in 2008 elected to the Royal Society of Arts, in 2011 elected to the International Association of University Professors of English, in 2012 received by the Queen at Buckingham Palace for heritage and scholarship in literature and theatre, and in 2014 elected to Academia Europaea. In 2012, she was the Macgeorge Fellow at the University of Melbourne, in 2013 she gave the Ian Fletcher Lecture at Arizona State University at Tempe, and in 2014 Visiting Professor at the University of Delhi and Plenary Speaker at the English Language and Literature Association of Korea (Seoul).  In 2016-17 she co-hosted a conference at the India Institute of Advanced Studies, Shimla,  and gave a keynote at the Asia Pacific Forum on Translation and World Literatures at UC Berkeley, among other Keynotes. She was President of the British Association for Victorian Studies 2009-12. She is currently Partner Investigator on a ARC grant and during 2022-23 will be Invited Visiting Fellow in Global Liberalisms at the Humanities Research Centre at Australian National University and Visiting Fellow at STIAS in South Africa.

Gagnier is a native Californian who took her undergraduate and graduate degrees in English at the University of California at Berkeley.  She was tenured and made full professor at Stanford University, where she taught for fourteen years in English, Modern Thought and Literature, Institute for Research on Women and Gender, and the Cultural Studies Group.  In 1996, she moved to the UK and the University of Exeter, where she is Professor of English and Senior Fellow of Egenis, the Centre for the Study of Life Sciences http://socialsciences.exeter.ac.uk/sociology/research/sts/egenis/. From 2008-2010 she was Director of Exeter's Interdisciplinary Institute (EII). 2009-2010 she was Chair of the Consortium of Institutes of Advanced Study UK and Ireland.

Professor Gagnier's other professional passion is working with graduate students for academia's next generation. At Stanford and Exeter, she has supervised to completion 83  PhD students, who now teach in universities around the world. From 2001 through 2004, she was the Dean of Exeter's Graduate School, overseeing 3500 MA and Ph.D. students across both HASS and STEMM subjects. She was the founding Convenor of the MA in Criticism and Theory, and taught the core course on Current Debates.  She was the founding Convenor of  the third-year option Advanced Critical Theory, whose students often go on to MAs and PhDs.  She alternates with English's twelve Victorianists in teaching on the MA in Victorian Studies.  She supervises PhD. students in  Victorian and Modern Literary Studies, global literary circulation and world literatures, interdisciplinary studies, and critical theoretical topics.