If so you can book a session with our Royal Literary Fund Fellows. The Fellows are available by office appointment to help all members of the university – undergraduates and postgraduates alike – with queries and problems relating to the practical aspects of writing.

If you are based at Streatham, please email claire.skuse@rlfeducation.org.uk to arrange an appointment on a Monday or Tuesday during termtime. Claire's appointments will all be virtual, using Whereby for online video and Calendly for bookings.

If you are based at Penryn, please email anna.wilson@rlfeducation.org.uk to arrange an appointment on a Thursday or Friday during termtime. Anna's appointments will all be in person, using Calendly for bookings.

C.J. Skuse is a bestselling author of young adult and adult crime novels. Her ideas are inspired by her deep belief in the sacredness of the early years, the importance of strong characterization in creative writing and a fascination for true crime. Her debut Pretty Bad Things (The Chicken House, 2010) grew from the fusing together of two short stories inspired by Grimms’ ‘Hansel and Gretel’ and Quentin Tarantino movies. C. J.’s other novels have won the Dumfries and Burgh Book award in the UK and the prestigious Prix Littéraire des Étudiants de L’universite Jean Monnet in France. She has also been longlisted for the Branford Boase and shortlisted for Lancashire Book of the Year, Coventry Inspiration and BookTrust Best Book awards. A fascination for the psychology of the killer’s mind inspired her adult crime novel Sweetpea which spawned sequels In Bloom (2018) and Dead Head (2021) and sold her first film rights. She has a keen interest in understanding what prompts a person to kill many times over and maintains that in order to paint the clearest picture of any event, hearing the antagonist’s viewpoint is vital. C. J. has First Class degrees in creative writing and writing for children and as well as experience working in print journalism, she has worked in both a children’s care setting and the children’s publishing industry. Since 2011, she has been a lecturer in Creative Writing at Bath Spa University, assisting with the educational needs of students on undergraduate, postgraduate and PhD programmes.

Anna Wilson read Modern Languages at Cambridge and then went on to become a fiction editor for Macmillan Children’s Books and HarperCollins. Since 2013 she has lectured in Creative Writing for Bath Spa University, City University of London and the Arvon Foundation. Her tutoring has seen both undergraduate and post-graduate writers grow in confidence and gain their own publishing deals.

Anna is also a professional writer of twenty years standing and has written over 50 published books for children ranging from picture books to fiction and non-fiction for young readers. She has also written a memoir, A Place for Everything – my mother, autism and me (HarperCollins, 2020), which was inspired by her mother’s late diagnosis of autism at the age of 72 and the impact of this on her mother’s mental decline and its effect on the wider family. Her current work in progress concerns the life of her husband’s grandfather, Dr David Thomson, who spent much of his career developing an early protype of the flu vaccine.

Students can book a session with Anna via her online booking page on Calendly. Please sign up to an available slot in Anna’s timetable. She is available on Thursdays and Fridays in term time. 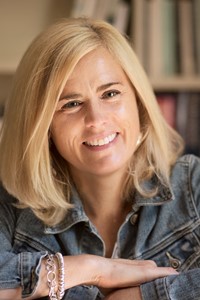