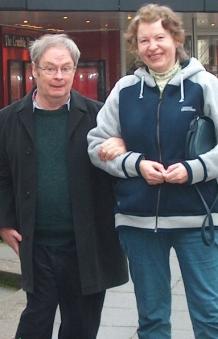 James has worked with Drama students for over 30 years on textual interpretation and script development in the Playwriting and Interpretative Acting modules.
His published work includes performance texts for undergraduates collected in three volumes by Intellect/University of Chicago Press:
Russia, Freaks and Foreigners (2008)
Carnival Texts (2011)
Freaks of History (2017)
Eight Performance Texts about Disability (2020)
He has also published essays from his personal experiences on physical disability in Studies in Theatre and Performance: "The Virtue of Living A Lie" (Volume 30 Issue 3, 2010) and American literary journal Boulevard (2011). He has also written "Does He Write Plays?" (Boulevard, 2013)