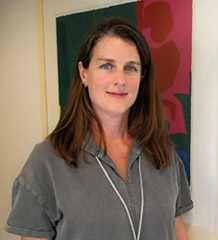 I am co-director of the MA Creativity: Innovation and Business Strategy and Publisher at The Literary Platform. I have a background in trade publishing (as editor at André Deutsch and Simon & Schuster), and extensive experience as a communications strategist who specialises in cross-disciplinary working and partnership brokering. My research is practice-based and centres on writing culture and cultural value, contemporary book publishing and cultures of criticism and curation online.

Kiernan, A. 2011. ‘The growth of reading groups as a feminine leisure pursuit: Cultural democracy or dumbing down?’, in From Salons to Cyberspace: Readings of Reading Communities, Denel Rehberg Sedo (editor), Palgrave.

Selected conferences and symposia (since 2010)

Kiernan, A. 2018. ‘Distributed authorship, literary critics and cultural curators in a socially networked age’ (In press). Publishing in a changing media environment, Sorbonne in Florence.

Kiernan, A. and James, B. E. 2017. ‘And the memory fills all space: Reimagining book concepts for digital audiences’ (In press). Books, Publishing and Libraries Research Network. Imperial College, London.

Kiernan, A. and James, B. E. 2017.  ‘Reimagining book concepts for digital audiences: How Grief is The Thing With Feathers inspired a virtual reality story’ London Book Fair, Tech Theatre.

Kiernan, A. 2016. ‘The Killer and the Poet: Rethinking online writing’. National Association of Writers in Education conference, Stratford.

Kiernan, A. 2016. ‘Literary editors and peer-to-peer book reviewers: Rethinking the role of cultural intermediaries in a socially networked age’ (In press). Birkbeck College.

Kiernan, A. 2015. ‘Crowdsourcing and the social benefits of community publishing’. Beyond the Book conference, Sorbonne in Florence.

Kiernan, A. 2014. ‘Pick Me Up: Rethinking creative writing from a textural perspective’ (Published). Birkbeck College, Perversions of Paper.

Kiernan, A. 2013. ‘A Voyage Round New Territory: Collaborative poetry of (and in) the Environment’.

Kiernan, A. 2012 ‘Why has Arts Council funding for literature risen 9.9% amid the cuts?’ Book Cultures, Book Events, Stirling University.

Kiernan, A. 2010.  ‘Museum Lives at The Natural History Museum’ and preview of the film I directed.

My research focuses on questions of participation, identity, community and creativity in relation to writing culture and cultural value and book publishing. I am also passionate about working on projects and in consultancy roles which focus on ways in which the creative industries can act as a catalyst for social change.

As a communications strategist, my consultancy work centres on the literary industries, brand storytelling and partnership brokering for organisational change. I was awarded funding from The Regional Development Fund in Cornwall in 2014 to set up a start-up offering business communications services (Thread).

I took over as publisher at The Literary Platform (TLP), a digital publishing agency, in 2019 and, after receiving funding from Arts Council England, relaunched it as The Lit Platform. The Lit Platform works with critically acclaimed writers and artists to create a quarterly digital magazine. Previously, The Literary Platform was selected for the British Council Creative Economy’s list of Top Ten UK Creative Entrepreneurs  and for the Guardian Professional/h.Club 100 list of ‘most innovative and influential’ in the creative industries.  In 2015, TLP collaborated on a research project led by Nesta, and funded by the Arts and Humanities Research Council (AHRC), to identify creative industries partnerships in China.

1. As the incoming Publisher at The Literary Platform (TLP), an internationally renowned agency working with books and technology, I was awarded £44800 in funding from Arts Council England in 2019.

Working in collaboration with two creative agencies (Stranger Collective and Venn Creative) we relaunched the platform with an emphasis on cross-disciplinary storytelling (through writing, illustration, photography and film), sharing knowledge and acting as a creative bridge for new writing talent, particularly among emerging underrepresented writers in the South West. From our quarterly journal The Lit, to our workshops and events, everything we do is designed to offer insight, opportunity and access for the individuals and businesses interested in shaping what publishing means today and tomorrow.

2. For ‘And the memory fills all space’, I directed a virtual reality storytelling project with Jotta, a creative agency specializing in digital installation design. The project was funded by The Culture Capital Exchange in 2016 and featured an exhibition in the Bussey Building, in London. https://www.ar-tefact.com/and-the-memory-fills-all-space

3. Museum Lives was awarded £260,000 by the AHRC for Museum Lives (2008-2011). As Co-Investigator in this Knowledge Transfer Partnership, my work included conducting oral history interviews and contributing to the creation of a detailed historical record as well as creating a host of multimedia resources for The Natural History Museum’s exhibitions and education work and presenting findings at The National Gallery. https://www.nhm.ac.uk/research-curation/science-facilities/cahr/projects-partnerships/museum-lives/index.html

-- ‘And the memory fills all space’. Bussey Building, London.  With Jotta. Part-funded by ACE & The Cultural Capital Exchange (2018).

-- Poems and illustrations from Pick Me Up (illustrated by Harriet Lee-Merrion) exhibited at Falmouth Art Gallery & at the Tiny Pencil exhibition As Above, So Below (2014).

-- 'Pick Me Up: Poems and Extracts from Briefing Notes and Exchanges' is a dialogue between illustrations and poems excerpted from my poetry chapbook Pick Me Up (Atlantic Press Books, 2014) and exhibited / published online in MAI journal.

I am also a contributing editor to MAI: Feminism & Visual Culture, a peer reviewed international journal.

I write and edit regularly for The Literary Platform and our work is often featured in the trade, regional and specialist press and on the BBC. In the past, I have contributed to The Guardian, The Times Literary Supplement and The Bookseller, among other periodicals.

I am committed to research-led, practice-based teaching, which draws on and reflects my experience of working in the communications and cultural industries for over 20 years.

I am a Fellow of the Royal Society of Arts (RSA).

I was born and brought up in Wales and attended the local bilingual comprehensive school. I read English at Sussex University and then worked in publishing in London, and became a fiction editor at Simon & Schuster at 24. I then gained an MA in Arts Criticism from the School of Arts Policy and Management at City University while freelancing as a writer and editor. My first academic job was at Kingston University, where I co-founded the MA in Publishing. I then worked at Falmouth University, variously as Course Leader of the BA in Journalism, Head of the Department of Writing and Senior Lecturer in Writing.

Previously, I was Creative and Editorial Director at Stranger Collective, a creative content studio, and delivered consultancy and training at creative agency YCN, to clients such as The Guardian and The Department for Transport.

I now work as a publisher and communications consultant alongside my work as co-director of the MA Creativity: Innovation and Business Strategy at the University of Exeter.

Over the last few years, I have also served as a National Advisor for the Arts Council of Wales, an artistic assessor for Arts Council England and a Trustee for the Cornwall Film Festival.