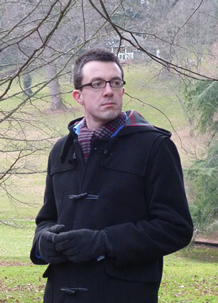 I am a classical scholar, literary critic and teacher with wide interests in ancient and modern literature. I have been a member of the Department of Classics and Ancient History at Exeter since 1999, and I have taught many different courses in Greek and Latin language and literature. I am also one of the academic team behind Exeter's new Liberal Arts degree programme. For a year I taught at Vassar College, NY, an experience which opened my eyes to the intellectual and personal values associated with a liberal arts education.

During 2021-2 my modules include Greek and Roman Drama, Greek IV, Lost Works and Fragments, and the MA in Ancient Drama and Society; I am also Admissions Tutor.

My special research interests lie in Greek and Roman theatre, fragmentary and lost works of ancient literature, and ancient literary criticism and scholarship. My most recent book, which appeared in 2020, is a critical study of Menander's Samia ('The Woman from Samos') in the new Bloomsbury Ancient Comedy Companions series. Currently I am working on a book entitled Euripides and Quotation Culture.

My other principal publications include a major two-volume study of The Lost Plays of Greek Tragedy. Volume 1 (Neglected Authors) was published in 2016, and Volume 2 (Aeschylus, Sophocles and Euripides) appeared in 2019. If you want to learn more about this project, you can hear me discussing my work on a recent episode of the Mirror of Antiquity podcast: to listen click here.

Other recently published books include Selfhood and The Soul (an edited collection in honour of my colleague and friend Chris Gill), a new translation of Euripides' Ion, Helen and Orestes by Diane Arnson Svarlien, to which I contributed the introduction and notes. I am also the author of The Comedian as Critic (2012), Euripides: Orestes (2008), Euripides' Escape-Tragedies (2005), and numerous articles and reviews.

I am an active member of the Classical Association at local and national levels (I am Secretary of the South-West branch) and a Fellow of the Higher Education Academy. At various times I have also been one of the editors of JHS, a committee member of the Council for UK Classics Departments (CUCD), a Council Member of the Hellenic Society, and a member of the editorial team of Omnibus.

Greek and Roman comedy and tragedy