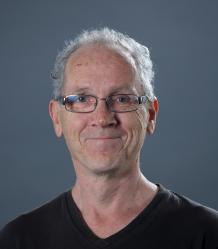 I am a specialist in the history of food and medicine in Greco-Roman culture, with current interests in literature (eg comic drama) and medicine (especially nutrition). The texts I am currently working on are the Deipnosophistae (Philosophers at Dinner) of Athenaeus and On Simple Medicines of Galen, both written in the last 2nd/early 3rd centuries AD, at a time when Greek authors were reviewing the previous millennium of Greek culture.

I have co-organised conferences on food, comedy, Athenaeus, Galen, 'Plants & Knowledge', and in 2013 On the psyche: studies in literature, psychology and health. I am particularly interested in current research and teaching to develop links between ancient and modern medicine in the area of lifestyle and therapy. In teaching, this is part of the BA module Food and Medicine; it is central to the MA pathway in Food and Culture. In research, this is pursued through the Department's Galen project and as part of the work of the Centre for Medical History. The Galen project coordinates the work of Chris Gill, me and others in a number of publications and conferences, not least the publication of all Galen's work in English, which is coordinated by Philip van der Eijk (Newcastle). For this series I am translating Galen's Simples Books 1-5. As part of this research, in 2012 I organised six workshops training volunteers in a health centre charity on healthy lifestyles, and together with Chris Gill I have worked with Paul Dieppe of the Exeter medical school in a project to promote health and wellbeing. For further details please email me or visit:

I am on the editorial board of Food and History, and on the scientific committee of the Institut Européen d' Histoire et des Cultures de l'Alimentation. Between 2010 and 2012 I was editor of CQ.

My main research interests are in ancient food and medicine, within a broad cultural context of social practice, religion, and knowledge of the world and of nature. The authors I am principally working on are Athenaeus of Naucratis and Galen, in particular Galen's treatise On the Powers of Foods, and how that might contribute to broader ideas of therapy. These ideas are tested in undergraduate and postgraduate teaching, in particular the modules Nature and Culture, Food and Medicine (at BA level) and in the MA pathway Food and Culture. I am working closely with the Centre for Medical History and with staff and students of the Peninsula College of Medicine and Dentistry in order to explore links between ancient and modern therapy. I am developing contacts with the Exeter Chinese Department on cultural contacts between China and Europe in the 18th century in the areas of food and medicine.