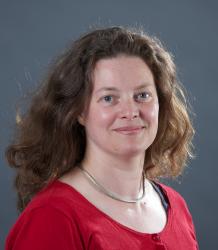 Rebecca Langlands is Professor of Classics, with particular interests in Latin literature and Roman culture, ethics and exemplarity, the history of sexuality and classical reception. She is the author of Sexual Morality in Ancient Rome (CUP 2006), Sex, Knowledge and Receptions of the Past (edited with Kate Fisher, OUP 2015), Exemplary Ethics in Ancient Rome (CUP 2018) and Literature and Culture in the Roman Empire, 96-235. Cross-Cultural Interactions (edited with Alice König and James Uden, 2020).

She is the co-director of the Sexual Knowledge Unit (with Jana Funke, Ina Linge and Kate Fisher), and also of the award-winning Sex and History project which works with museums, schools, charities and young people to promote empowering discussion of contemporary sexual issues.

I would be happy to consider supervising postgraduate research in the following areas: Latin literature, popular ethics in ancient Rome, Roman exempla, ancient Roman sexuality or gender, Classical Reception and the history of sexuality.