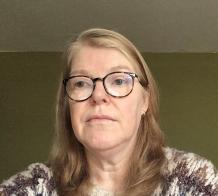 Professor in Greek History and Politics

I took my first degree at the University of New England, Armidale, in northern New South Wales, and came to the UK in 1991 after being awarded a Commonwealth Scholarship. I subsequently held a British Academy Post-doctoral Fellowship and Junior Research Fellowship at Oriel College, Oxford, before coming to Exeter in 1998.

I am primarily a Greek historian who works on Greek political history in the period from the archaic period (8th century BC) to the death of Alexander. I am also interested both in later periods (especially the Hellenistic), and in other areas of Classics & Ancient History, especially Greek language and historiography. My current area of interest is the development of Greek political theory, especially in relation to Greek democratic theorising, and its conceptual and theoretical relationship to ideas about monarchy.

My first book, Greeks Bearing Gifts (published by CUP in 1997), was a revised version of my PhD thesis on the political significance of friendships for interstate relationships in the fifth and fourth centuries. My second monograph (Panhellenism and the Barbarian in Archaic and Classical Greece, published by the Classical Press of Wales in 2007) tries to define the phenomenon of Panhellenism, and so considers issues of identity and the relationship between Greeks and non-Greeks (and especially those of Asia) in this period, as well as considering the ways in which it changed and developed over time.My third monograph on rulers and ruling in archaic and classical Greece (The Heroic Rulers of Archaic and Classical Greece), argues that their was a common ideological basis for ruling from the archaic to the Hellenistic periods, which emphasised heroic heritage and values. This book was published by Bloomsbury Academic in 2013.

My current project is a biography of Cyrus the Great (to be published by Routledge).

I can offer supervision on topics in Greek political history from the archaic to the early Hellenistic periods, Greek contacts with the non-Greek world, and the development of Greek political thought.

I have also organised a number of conferences. The most recent was a conference in Rio de Janeiro on the Biographies of Kingship which I co-organised with Dr Adriene Baron Tacla from UFF (Brazil) as part of out Newton Advanced Fellowship 'Of Coins and Kings; proceeding to be published by the online journal Helade. Previously I have organised a conference  on kingship in the Near East and medieval Europe (supported by the British Institute of Persian Studies and the Iran Heritage Foundation) with Professor Charles Melville of Cambridge (September, 2008), the proceedings of which have been published by Brill (Every Inch a King. Comparative Studies on Kings and Kingship in the Ancient and Medieval Worlds). I have also organised a conference on the Greek island of Rhodes held in 2005 to mark Peter Rhodes' 65th birthday ('Rhodes on Rhodes'). The papers from this conference have been published by the Classical Press of Wales as Greek History and Epigraphy. The proceedings of a conference organised jointly with Peter Rhodes at Durham in 1994, The Development of the Polis in Archaic Greece, have been published by Routledge in 1997, and reissued in paperback. I also organised a conference on 'Money and culture in archaic Greece' with Professor Richard Seaford in 1999.

I was a research-team member of the project ‘Greek Federal States and their Sanctuaries – Identity and Integration’ within the international network ‘Religion und Politik in den Kulturen der Vormoderne und Moderne’, and a council member for the Hellenic Society for three years.

I have run workshops in local comprehensive schools on leadership to disseminate my research, and Professor Neville Morley and I are leads on the impact cast study: Thinking thorugh Thucydides.

My research interests range widely across Greek history of the archaic and classical periods. I am, in essence, a political historian, although I am interested in the impact of social relations on Greek politics.

I also have interests in Greek identity and relationships with the non-Greek world, especially as expressed through literature and the visual arts.

I am able to supervise a number of areas from archaic to early Hellenistic Greek history. I would be delighted to supervise students who are interested in:

Greek interstate relations in the archaic and classical periods

Greek political activity, especially in the fifth and fourth centuries

Greek political theorising in the fifth and fourth centuries