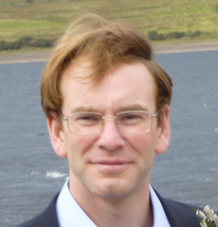 I returned to Exeter in 2012 to take up the position of Leventis Lecturer in the Impact of Greek Culture.

My principal research and teaching interests lie in imperial Greek culture and literature from the late 1st century AD to the mid-fourth. I am particularly interested in a number of cultural themes in this period: the history of the body, the construction of gender, the history of emotions, medicine, and ancient science. My work tries to combine evidence from different literary genre and cultural contexts to understand ancient society. Although my interest in the body draws me often to medical texts, I am fascinated by the intersections and connections between ostensibly disparate and distinct areas of ancient culture.

Work on the history of emotions:

Before coming to Exeter, I worked as a researcher for the ERC funded research project, ‘The Social and Cultural Construction of Emotions: The Greek Paradigm’. My role within this project was to investigate the construction of distress in imperial culture. My research looked at the relationship between lupe and other forms of physical pain in a number of philosophical treatises, medical texts, and epigraphic material from the second century AD, showing how the emotion was located within a family of painful experiences.

History of the body:

In addition to this, I have completed a monograph on the experience of pain and its relationship to language and literature in the imperial period: Experiencing Pain in Imperial Greek culture. This work investigates how the experience of pain was shaped by the process of narrating and representing it to others in a number of different cultural contexts (medicine, rhetorical and literary theory, as well as philosophical and fictional narratives).

I am heavily involved in STAMP - the Laboratory for the Study of Science, Technology, Ancient Medicine and Philosophy. A small, but active group of researchers within the department interested in all things scientific.

I have a number of collaborative projects with colleagues from around the world. These include the following:

1. Pain in the Ancient World. I am currently preparing a volume on Pain and Narrative in the Ancient World with Prof. Han Baltussen and Jacqueline Clarke (both from the University of Adelaide, Australia). This is part of a larger project on the history of pain in antiquity and beyond which we have been developing.

2. Diagnosis. I, along with colleagues from Exeter, the UK, and New Zealand, developing a project on the history of diagnosis.

I am happy to accept and discuss research proposals on a range of themes related to imperial Greek literature and culture. I would welcome proposals on individual texts, authors, or genres; and topics related to the history of the body (in this period, or other periods of antiquity) especially connected to pain or sensory perception and imperial Greek medicine.

Clare McLoughlin Davis: the representation of skin in Roman and Greek literature.

I am committed to conducting research that is both highly relevant to non-academic audiences. I have also a number of years experience in conducting outreach programmes  for Classics and Widening Participation events.

Some public events that I have been involved in include:

2020: Teignmouth Classical Music Festival, Teignmouth. I gave a lecture entitled 'Daring to Question' which looked at renaissance science, art, and their connection with contemporary music. This event was organised by the South Devon Singers.

I have taught a number of Greek language and literature modules at Levels 3, 4, 5. Poetic texts include, Homer, Iliad, 24; Odyssey, 9,11. Sophocles, Philoctetes, Euripides Hippolytus, Aeschylus, Agamemnon, and some of the poetry of Theocritus. Prose texts include Herodotus, Histories, 1, and Plutarch, How to Read Poetry. Imperial Greek prose, including Lucian's On the Syrian Goddess, and Philostratus' Imagines and Life of Apollonius of Tyana (Greek V).

These modules not only involve intensive study of the Greek, but also literary and cultural aspects of the texts.

My modules are quite explicitly theoretical, taking concepts from cultural theory to help us understand the ancient world. They also offer students the opportunity to think about contemporary issues or practices alongside aspects of the classical.

Current UG teaching: I take a module devoted to the history of the body in the Roman Empire and its reception since the Renaissance. We look at different aspects of bodily culture in the ancient world (torture, rhetorical training and performance, medicine, art-history, etc.) and look at its reception in  post-Renaissance art, medicine, and other areas of modern culture, eg. film, or advertising or body-buidling.

Current MA teaching: I teach an historical module which looks looks at the body in important areas of Roman culture. Each fortnight, in this module, we take a key theoretical model / text (eg. Foucault's Discipline and Punish) and use it to examine aspects of ancient culture. I also teach a module on literary theory: Literary Interactions. This is a methodological course, which gives students a fast-paced introduction to much literary theory (especially ideas from Genette, Bloom, and Eco) using ancient material.

I was trained as a Classicist in Australia (at the Australian National University), before moving to England for a mixture of personal and professional reasons. I completed a MA, in Classical Languages and Literature, at the University of Exeter; then went on to complete at DPhil at Merton College, Oxford.

I play cricket and watch the game keenly. I enjoy travelling, and have long harboured a desire to travel through the Middle East and North Africa. In my spare time, I like to hang around in our kitchen cooking and chatting with family and friends.

I subsist on coffee, about which I am quite a snob, and crispy aromatic duck!