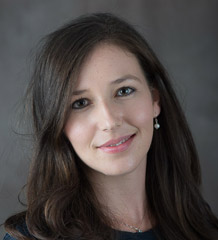 My research centres on the intersection between gender and poetics in the ancient world (particularly ancient Greek poetry) and its contemporary reception. Broadly speaking, there are three major strands to my work:

Authorship and gender in antiquity: My current research focuses on figurations of authorship in Greek poetry, particularly as they relate to gender. I'm fascinated by the self-portrayal of female authors like Sappho within the constraints of a gendered language, and how that language was both policed and problematised by male and female authors alike. I have published two articles based on this research. These form the basis for my current book, Authoress: Gendering Poets in Ancient Greece (forthcoming with Princeton University Press).

Women in Homeric epic: I am particularly interested in the relationship between women in Homeric epic and literary tropes, attempting to unpack the interconnection between women and poetry in Homer. I have worked on Penelope and the teleology of the Odyssey (an article on this topic was published in Helios in 2020), and (together with Lilah Grace Canevaro) co-organised a workshop in April 2018, entitled ‘New Approaches to Gender in Ancient Literature’. I also have a book under contract with Liverpool University Press on Women in Homer, which will be aimed at undergraduates interested in looking further into Homer's women and their reception.

Classical reception in contemporary women’s writing: Although I am interested in many areas of classical reception, my main interest is in the reception of female figures from classical literature by contemporary women writers. I look at women’s writing from 1970 on, studying authors and poets from Margaret Atwood to Adrienne Rich, Ursula Le Guin, Louise Glück, Rita Dove and Carol Ann Duffy. A recent article in TAPA (2019) looks at the relationship between Classics and creativity, with a particular focus on women's writing.

I am also an author of historical fiction, and have published three historical novels reworking the women of classical myth with Penguin Random House: For the Most Beautiful, For the Winner and For the Immortal. I am particularly passionate about outreach and have given talks at school and university Classics across the UK, and my work has been covered in the Times and Guardian, with appearances on local and national BBC Radio.

You can find out more about my research and writing on my website, www.emilyhauser.com.

My research covers the intersection between gender and poetics in classical literature, and its reception in contemporary women’s writing. The aims of my research are twofold: both to re-evaluate our understanding of the multiplicity of women’s roles and identities in Greek and Latin literature, and to explain the rising trend in the reception of classical women by contemporary female poets and authors. My research projects are unified by a persistent inquiry into the relationship between gender and identity, and the gendering of literature more broadly, whether this means an analysis of the ways in which female authors in antiquity defined and framed their work, or a consideration of modern receptions as a site of embedded anxieties regarding the relationship between authorship, gender and identity.

My current book project, Authoress: Gendering Poets in Ancient Greece (forthcoming with Princeton), explores shifts in the conception of authorship in Greek literature, and its intersection with the performance of gender, tracing the evolution in the discourse of authorship across male- and female-authored poetic literature. The book uses authorship as a lens for a discussion of the performance of both gender and poetics, asking what the language around authorship can tell us about gender, authorial identity and poetic production in ancient Greece. The aim is to explore how gender is performed through the vocabulary of authorship; how terms differ within/between/across genders; and to trace the evolution of these terms, their interaction across texts and genders, and the questions they pose around authoriality, authority, and identity.

You can find out more about my current research on my website, www.emilyhauser.com.

I am open to discussing research proposals on any relevant subject within my research expertise. I am especially happy to consider working with candidates with interests in the following areas: Homeric epic; early Greek poetry, particularly Sappho; women's writing in the ancient world; contemporary women's writing; classical reception; Classics and creativity.

I strongly believe that the ancient world should be made accessible to as wide an audience as possible, and I’m passionate about bringing Classics to the broader public through my writing. Since publishing a trilogy of historical novels reworking the myths of ancient Greece, I have given many talks at libraries and schools across the UK. Recent engagements have included a keynote lecture to over 500 school students at the University of Warwick’s Ancient Worlds Day outreach event for schools, a keynote talk at the California Classical Association South, and a plenary lecture at the EMACT Sixth Form Study Day.

In addition to giving talks, I have also written several outreach articles in popular venues including the online journal Eidolon, the Iris Project’s annual magazine, and the historical fiction magazine Historia. My work has also been covered in the Times, Sunday Times, Telegraph and Guardian, and I have given interviews on local and national BBC Radio.

I am always delighted to hear from schools who would be interested in having me come and give a talk: please feel free to get in touch with me, and learn more, at www.emilyhauser.com. To keep up to date with my latest engagement events, publications and programmes, you can also follow me on Twitter (@ehauserwrites).

Brought up in Suffolk, I studied Classics at Gonville and Caius College, Cambridge (BA 2009). I then visited Harvard University for a year on a Fulbright scholarship, and went on to Yale University for a Ph.D. in Classics, which I received in 2017. After receiving my Ph.D., I returned to Harvard as a Junior Fellow in the Society of Fellows (2017–18); I joined the University of Exeter as a Lecturer in Classics and Ancient History in July 2018.

My interests also include fiction writing and classical outreach, which has led to the publication of three novels reworking the myths of the women of ancient Greece with Penguin Random House: For the Most Beautiful (2016), For the Winner (2017), and For the Immortal (2018).