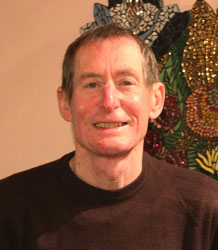 My research area is ancient philosophy or thought, especially ethics and psychology. My most recent books are Marcus Aurelius Meditations Books 1-6, translated with an introduction and commentary (Oxford University Press, 2013) and Naturalistic Psychology in Galen and Stoicism (Oxford University Press, 2010). Two earlier books were on ancient conceptions of personality or self: The Structured Self in Hellenistic and Roman Thought (2006), and Personality in Greek Epic, Tragedy, and Philosophy: The Self in Dialogue (1996), both also published by Oxford. The latter book was awarded a Runciman Prize in 1997. Another area of interest is Platonic philosophy, especially the dialogue form and dialectic.

I retired at the end of 2013, but remain active in research, publication, participation in conferences and public engagement. My main current project is a book on Stoicism and its potential contribution to modern thought; this is supported in 2015-16 by a Leverhulme Emeritus Research Fellowship. In public engagement I focus on the role of Stoic ethics as a source of life-guidance and, in collaboration with John Wilkins and others, the potential contribution of ancient (especially Galenic) ideas about healthcare to modern preventive medicine and self-care.

I have organised or co-organised a number of conferences at Exeter: ‘Interpreting Galen’ (November 2014) (with Philip van der Eijk), ‘Teleology in the Ancient World’ (July 2009) (with Julius Rocca), ‘Galen and the World of Knowledge’ (July 2005) (with Tim Whitmarsh and John Wilkins); 'Ancient and Modern Approaches to Ethical Objectivity' (July 2002); 'Myth. History and Performance in Republican Rome: a Celebration of the Work of T.P. Wiseman' (March 2000) (with David Braund and Emma Gee). I have co-organised earlier conferences at Exeter on 'Lies and Fiction in the Ancient World', 'The Passions in Roman Thought and Literature', and 'Reciprocity in Ancient Greece'. All these conferences, except for 'Interpreting Galen', have led to published volumes (the 2009 conference volume is in preparation, edited by Julius Rocca).

I was the inaugural editor of 'Plato', the internet Journal of the International Plato Society in 2000-3, and was co-editor of Phronesis, a journal for Ancient Philosophy published by Brill in 2003-8.

I have given invited lectures or papers at conferences or colloquia in most European countries, Japan, Canada, as well as throughout the UK and USA. I was a European representative on the Executive Committee of the International Plato Society in 1998-2004.

I enjoy swimming, hill-walking, and listening to classical music (especially 16th-century choral music, Romantic chamber music and lieder, and French song from Fauré to Poulenc). I have four sons aged 17-26, whose colourful lives provide much interest.