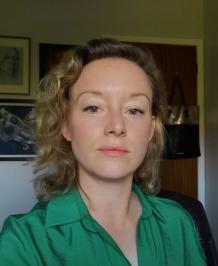 I am an ancient Greek historian and my research interests include: Polybios and Hellenistic historiography, Philip V of Macedon and the Antigonid kings, ancient Macedonia, the coming of Rome into the Greek East, leadership, change and resilience.

I am the director of Exeter's Centre for Hellenistic and Romano-Greek Culture and Society, as well as that of the international research community - The Antigonid Network - which aims to promote and facilitate the study of the Antigonid kings of ancient Macedonia and their influence on the Mediterranean, past and present.

I am currently working on a monograph on Philip V of Macedon in Polybios' Histories under contract with OUP, as well as editing a conference volume on Leadership Values and Genre Interactions.

My research interests range broadly across Hellenistic history, historiography and epigraphy, with a focus on Polybios, Philip V of Macedon, the Antigonid kings of ancient Macedonia, kingship and leadership, political and cultural change, cultural-politics, rhetoric and interstate relations.

I am currently working on a monograph on Philip V of Macedon in Polybios' Histories, as well as articles on the Antigonid court system and relationship with the Greeks, and on various aspects of Polybius' historiographical methodology and thoughts on change and resilience. Alongside the organisation of research seminars for the Antigonid Network, I am also co-editing a conference volume on 'Leadership Values and Genre Interactions' (proceeds from a conference of the same name on 11-12 June 2021), and hosting a seminar series on 'Change & Resilience in Antiquity' with Dr Irene Salvo.

I am the director of the Antigonid Network, which aims to promote and facilitate the study of the Antigonid line of kings post-Alexander the Great and their monarchic and imperial system. The network's website and activities can be found here.

Centre for Hellenistic and Romano-Greek Culture and Society

I am the director of the Centre for Hellenistic and Romano-Greek Culture and Society. Since 2001 the Centre has been an aegis for intensive individual and collaborative research in the Hellenistic world and the reception of Greek culture in the Roman world and beyond. The Centre website, events and publications can be found here.

I am open to discussing research proposals on the following areas: Hellenistic history and historiography, Polybius, ancient Macedonia, the Antigonid dynasty,  leadership, and change & resilience.

If you are interested in working with me, please send me a 500 word outline of your proposed research topic and a copy of your CV.

I am currently supervising:

The modules 'Polybius and the Challenge of Change' (UG) and 'Hellenistic Culture and Society: History' are based on and informed by my research on the Hellenistic world, Polybius, historiography, political change, and cultural politics.

I am a Fellow of the Higher Education Academy and have been commended for my interdisciplinary module 'Persuasion in Ancient Greece'.

I studied Ancient History at Royal Holloway, University of London (BA 2008), and continued at Royal Holloway for my MA (2009) via the London intercollegiate programme. After an interrim in industry and teaching in China, I started my PhD at Newcastle University in 2012, fully funded by a AHRC Doctoral Fellowship and specialising in Polybios and Philip V of Macedon. In the spring of 2015, I also received funding for a research trip to Germany from the AHRC and the DAAD, and visited Friedrich-Alexander Universitaet in Erlangen-Nuremberg, Freiburg University, as well as the University of Bologna. After completing my PhD in 2015, I taught at Newcastle (2015-2016) and Edinburgh (2016-2017), before coming to the University of Exeter as a Lecturer in Classics and Ancient History in September 2017.

In my early years, my family and I lived in Taiwan. We returned to the UK in 2000 and settled near Reading.