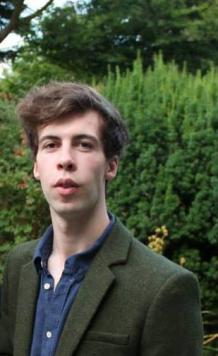 I am a doctoral researcher in the department of Art History & Visual Culture working on France in the nineteenth century, and particularly on representations of First Empire (1804 – 1814-15) nostalgia, from both within and without, from the February Revolution (1848) to the Crimean War (1854 – 56). My thesis concerns an illustrated polemic of 1854 by the artist Gustave Doré, titled Histoire pittoresque, dramatique et caricaturale de la Sainte Russie.

Extraneous to my PhD, and as an emerging specialist on the life and work of Doré, I write about the artist’s engagement with wider social and geopolitical contexts in, and as relates to, France and its empire. Most recently, my work exploring a series of allegorical dialogues on canvas between the Theban Tragedies of Aeschylus and the Franco-Prussian War of 1870-71 was presented at the major international conference marking the 150th anniversary of the Paris Commune, The Commune and Its Others: An Outsider’s History of 1871, at Durham University and the Bowes Museum (June, 2021). Discussions about publishing the constituent papers as an edited volume are ongoing.

I also contribute to teaching on a number of undergraduate modules at Exeter, between the departments of Art History and Visual Culture (of which I am the PTA Rep), and French.

MLF1017 - The Making of Modern France