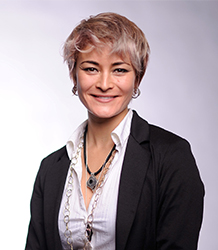 My teaching focuses on inspiring students to engage in their learning process by opening dialogues that encourage them to explore the natural and anthropogenic linkages between humans and the environment on different spatial and temporal scales.

I am a post-doctoral researcher on the the  ERC funded project Pre-Columbian Amazon Scale-Transformations (2014-2018) project, and am collaborating with the Je Landscapes of southern Brazil: Ecology, Power and History in a transitional landscapes during the Holocene project funded by AHRC-FAPESP (2014-2017) and The origins of plant domestication in the upper Madeira River basin in lowland South America (NERC-2015-2016).

My fieldwork is based on the collection of lake and swamp sediment cores from the Amazon. I am currently working in several areas in the Brazilian and Bolivian Amazon. I typically use Livingston piston corers and Bolivian corers to collect sediments.