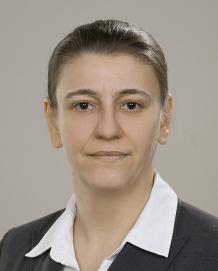 I am an archaeologist with two principal fields of interest, the study of the early Middle Ages in Europe and beyond (c. AD 400–1100), and the archaeometric and experimental analysis of pottery from various geographical and chronological backgrounds.

I have been PI of the recent Leverhulme-funded project ‘Glass Networks: Tracing Early Medieval Long-Distance Trade, c. 800–1000 CE’ as well as of a series of projects investigating post-Roman to medieval landscape transformations in the Erlauf Valley, Austria, funded by the Society of Antiquaries of London, the Society for Medieval Archaeology, and the County of Lower Austria.

My earlier research has included the study of élite settlements in central Europe from the 9th and 10th centuries AD, with a particular focus on connections to the Carolingian and Byzantine worlds; the investigation of aspects of the archaeology of the Avar Khaganate and its relation to former Roman sites; as well as the examination of connections between the production technology of early medieval ceramic artefacts and the identity of their producers/users. I also have an interest in the perception and 'use' of the early medieval past in the modern period and the contemporary world, primarily with regard to national, regional, and ethnic identities. For further information see the Research tab.

1) Glass Networks: Tracing Early Medieval Long-Distance Trade, c. 800–1000 CE
This recent project has analysed early medieval glass beads with chemical and archaeological methods, in order to develop a novel perspective on European long-distance trade networks and interconnectedness. Early medieval raw glass production mainly took place in Mediterranean and Near Eastern centres. Each produced glass with distinct chemical compositions, which was circulated to various regions, including Europe. Small-scale raw glass production also existed in north-western Europe. While the study of glass in the Mediterranean has received considerable attention, the potential of glass circulation networks to transform our understanding of trade and communication routes in Europe has yet to be fully utilised. This project has investigated glass beads from central Europe (Austria, Hungary, and the Czech Republic), along the long-distance trade route postulated in this region, and will combine this new data with available results on glass from the Mediterranean and north-western Europe, in order to link these territories, and trace Europe-wide distribution networks. The project has been funded by the Leverhulme Trust (RPG-2018-224).


2) Post-Roman to Medieval Landscape Transformations in the Erlauf Valley, Austria (5th to 11th Centuries AD)
This current project investigates, by systematic fieldwalking survey and targeted geophysical survey, the open rural settlement types and strategies adopted prior to the renaissance of a strong urbanism in a core zone of central Europe, the Erlauf Valley (Austria), in order to study two transformations of the 5th to 11th centuries relevant to large parts of Europe: the end of Roman rule and Frankish colonisation. The study region provides excellent opportunities for investigating these phenomena, as it was part of the Roman province Noricum until AD 488, and subsequently variously impacted upon by Germanic groups and Avars, until it became part of the ‘East-Land’, an area colonised by the Carolingians in the Danube Basin in the 9th century, and colonised again by the Ottonians in the late 10th to 11th centuries. The project has been funded by the Society of Antiquaries of London, the Society for Medieval Archaeology, and the County of Lower Austria.


3) Between the Carolingian West and the Byzantine East: fortified élite settlements of the 9th and 10th centuries AD in central Europe
This recent project has investigated fortified élite settlements of 9th- to 10th-century central Europe, situated in the border region of the Carolingian and Byzantine spheres of influence. An important aspect of this research has been to reflect upon, and go beyond, current national narratives of the investigated period, to develop interpretative frameworks for the entire central European region and to contextualise these results in a wider European perspective. The analysis of excavations from Gars-Thunau in Lower Austria constituted the starting point of these investigations. The large-scale excavations at this site, spanning almost four decades, represent a prestige project of the Department of Prehistoric and Medieval Archaeology of the University of Vienna. The project has been funded by the Austrian Science Fund (project P21256) and the Alexander von Humboldt Foundation.


4) Trade and technology transfer in central and south-eastern Europe in the Carolingian and Ottonian period: archaeometry and experimental archaeology of pottery
Projects on this theme have analysed high-quality ceramic wares (e.g. polished yellow ceramics, graphite containing ceramics) and lower-quality pottery from centres of the the Carolingian and Ottonian period (9th to 10th centuries AD) in central and southeastern Europe. Samples have been investigated from e.g. Zalavár (Hungary), Mikulčice, Uherské-Hradiště, Břeclav-Pohansko (Moravia, Czech Republic), and Pliska (Bulgaria). Applied archaeometric methods include petrographic thin section analysis, X-ray fluorescence analysis, scanning electron microscopy, and X-ray diffraction analysis. The results suggest that while preferences concerning the culturally accepted appearance of ceramic vessels, especially of high-quality pottery, may have been shared at a supra-regional level, the exchange of actual ceramics only occurred within particular regions (e.g. Moravia).


5) Aspects of the archaeology of the Avar Khaganate: the site of Zillingtal in context
The final publication of the 7th- to 8th-century AD settlement, and of the pottery from the 797-grave cemetery, at Zillingtal (Austria) was completed in this project, including the contextualisation of the results within the broader field of early medieval central Europe. Particular use was made of archaeometric ceramics analysis (petrographic thin sections and X-ray diffraction analysis) and experimental archaeology, providing new insight into the organisation of early medieval economy. In addition, novel contributions were made to the understanding of the re-use of Roman ruins, and of age/gender-specific patterns in the deposition of grave goods. Additional publications in English make results accessible to a wider audience.


6) Technological traditions in early medieval eastern Austria
Archaeological and archaeometric analysis (petrographic thin sections) of 7th- to 9th-century AD ceramics was carried out in this project from two groups of sites, one associated with an ‘Avar’ and the other with a ‘Slavic’ population. The analysis revealed that the inhabitants of all these sites shared complex technological traditions, and are thus, contrary to long-standing previous opinion, unlikely to have represented two unrelated population groups. The investigations embraced English and French-speaking theoretical approaches to material culture and thus bring a novel perspective into the early medieval archaeology of central Europe.


7) Early and high medieval settlements in Hungary
These projects comprised establishing a chronological framework for early and high medieval (6th to 12th centuries AD) settlements, as well as reconstructing settlement patterns and production dynamics in the regions under study. Investigated sites included Örménykút in south-eastern Hungary, Karos and Zemplénagárd in north-eastern Hungary, and Alsóbogát and Vörs in south-western Hungary. In some regions, these projects represented the first attempt to provide an in-depth analysis of early medieval settlements.

Funded studentships are available for UK, EU, and international students – please consult the University of Exeter's Postgraduate Funding Database at http://www.exeter.ac.uk/postgraduate/money/fundingsearch/ and/or send me an email (for the email address see the Overview tab).

Currently, I am looking for a strong candidate for a PhD project on the theme of 'Ceramics archaeometry in early medieval central Europe, 8th–10th centuries AD'. Please email me if you are interested in this opportunity.

In 2010, I was awarded a Research Fellowship for Experienced Researchers by the Alexander von Humboldt Foundation (Bonn, Germany), which I spent at the Albert-Ludwigs University in Freiburg (Germany) and at the University of Oxford (United Kingdom). The research topic that I pursued during this 18-month fellowship was ‘The Archaeology of the Frankish Empire and its Successor States as a Basis for the Analysis of their South-Eastern Border Region’. Over 2003/04 and 2005, I held postdoctoral fellowships in ceramics archaeometry at the University of Fribourg (Switzerland) in the framework of the Swiss Government Excellence Scholarships Programme.


Membership of Societies and Networks